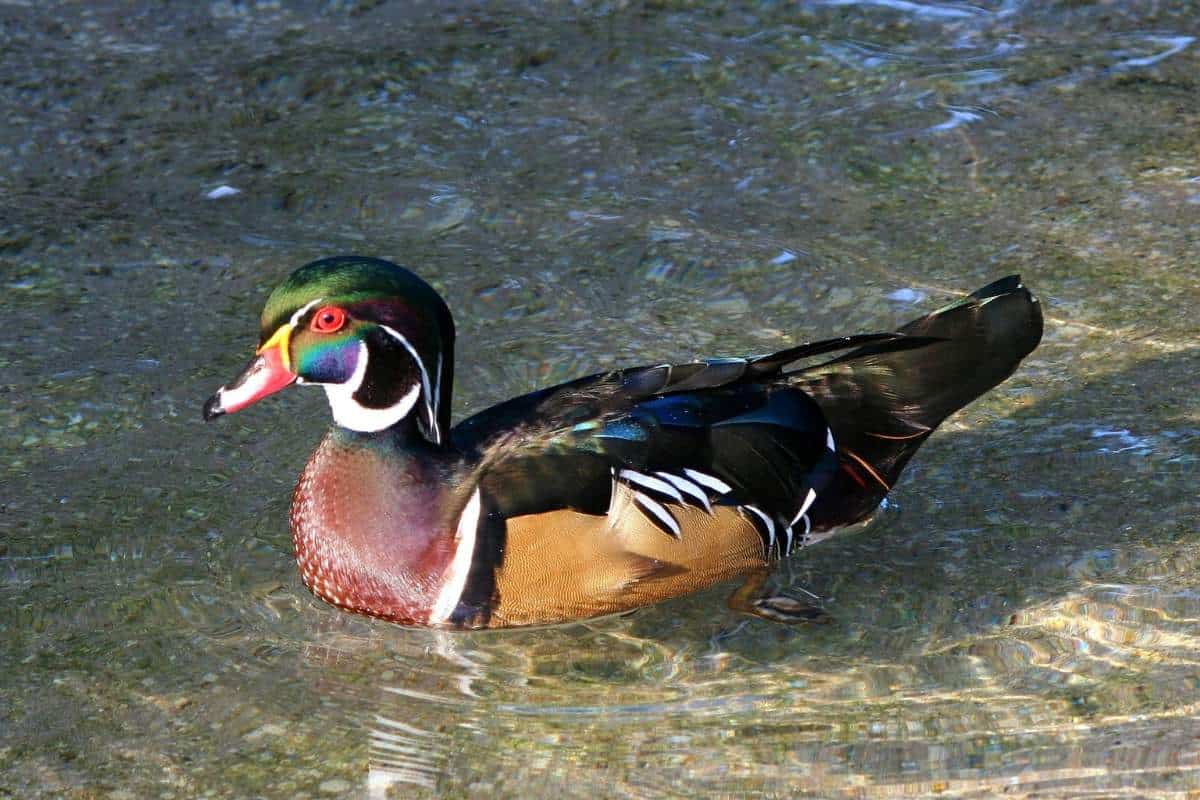 North Carolina is home to about 30 species of ducks, but not all of the species found in the state stay in North Carolina for the entire year. Some are only seen in the winter, while others return to North Carolina in the summer. Because of the sheer amount of different duck species in the state, trying to determine which one is visiting your backyard can be a difficult task. Thankfully, the following list can help you identify the 8 most common ducks in North Carolina.

The ducks in North Carolina can vary throughout the year, but that doesn’t mean they don’t all provide a vital role in the state’s ecosystem. For example, migratory ducks can introduce plant and animal species to new wetland areas. They also act as an effective and non-chemical pest control option.

Mallards are one of the duck species that you can spot in North Carolina throughout the entire year. However, the number of these waterfowl does increase in the winter months. Mallards are often thought of as having a classic duck appearance with large vibrant green heads.

However, it is only the male of the species that has this strikingly colored head. The females are mottled brown. Both the male and the female feature a blue patch on their speculum.

The American Black Duck is another waterfowl species that is found in North Carolina throughout the year. These large ducks weigh almost 50 ounces and are not as colorful as some of the other duck species on our list. Both the male and female of this species have dark brown bodies with a head that is lighter in color.

They also have reddish orange legs and a bluish purple patch on their wings. One way to tell the difference between the male and female is to look at their bill. Females have an olive green bill, while the male’s is yellow.

Like the mallard, the male of the wood duck species has a green head. It is also adorned with red eyes and black and white markings. Male wood ducks have a wide array of colored feathers all throughout their bodies.

Their backs and tails are brown, their chests have a rust-like coloring, and they have flashes of white and blue markings. The female wood duck is more toned down in its coloring, having a brown-colored body with a gray tinged head, and its dark eyes are lined in white. The females also have some blue feathers on their speculum.

The Gadwall is a duck species that is typically only seen in North Carolina during the winter months. These are large ducks that are not as brightly colored as some of the other species, but that doesn’t mean they don’t stand out with their large stature. Their feathers are various shades of brown, gray, and black, and a white patch on their wings can be seen when they are in flight.

The Northern Shoveler is typically only seen in North Carolina during the winter, but it isn’t impossible for this duck species to stay in the state all year long. These dabbling ducks feature large beaks that are spoon-shaped, which makes them easy to identify.

Males have white chests, rust brown sides, black backs, and blue patches on their wings. They also have black beaks. The female’s beak is orange, they are covered in mottled brown feathers and a blue colored patch on their shoulder.

These winter birds are found in North Carolina from October to April, with some staying in the state until early June. They get their name from their bulbous heads, which can look a bit out of place on such a small body.

The male Bufflehead has a large white patch behind their eyes, and their neck, throat, and forehead have patches of glossy purple and green. The upper portion of their body is black, while the bottom is white.

The female Bufflehead doesn’t have much in common with the male, except for its bulbous head. Their heads are black or dark brown and they have a white patch below their eyes. The top half of their body is black while the bottom is gray.

Redheads are named for, you probably have guessed, their red head. These diving waterfowl can be found in North Carolina throughout the entire year, but they are most often seen in the winter. Despite their name, it is only the male of the species with the vibrant red head.

The male redhead also has a gray body with a black chest and throat. The female redhead is brown, even on its head, but it does share the same bluish gray bill as the male of the species.

They are adorned with a spiky crests in hues of glossy black and green and their orange bill is long and serrated. They also have deep red eyes that stand out from their darker colored head.

he white ring around their neck makes it look as though they are wearing a collar, and the rest of their body is covered in mottled rust brown, black, white, and grayish flanks. The female of the species do have a spiky crest but it is reddish brown and their bodies are covered in various hues of gray.