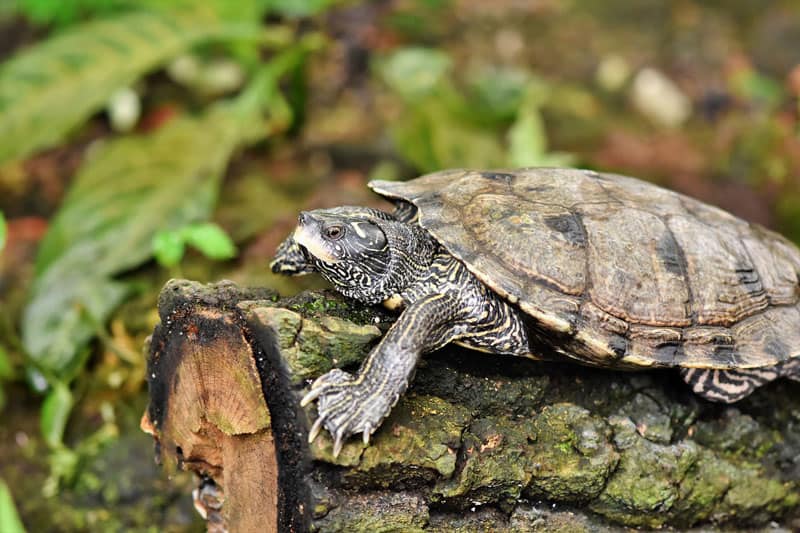 Perhaps you’ve heard of the critically endangered Australian White-throated snapping turtles and this unique feature they have become famous for. Due to these special turtles, many are wondering, “Can turtles breathe out of their butts?”

Below you can learn how a turtle can breathe out of its bum, why it needs to do this to survive, and how long it can keep up this type of breathing.

Do turtles breathe out of their butts?

Yes, some turtles breathe out of their butts, though turtles don’t actually have butts but rather cloacas. For the purposes of this article we’ll use the terms interchangeably. However, they only do this in the water as it is the water that they are getting oxygen from, not the air.

The technical term for this type of breathing is cloacal respiration and turtles aren’t the only ones to breathe this way. Frogs, salamanders, sea snakes, sea cucumbers, and even some fish can absorb oxygen through this same process or a very similar one.

Which turtles can breathe out of their cloaca?

Not all turtles are the same on the inside. Different species of turtle have adapted to their surroundings in different ways. Below is a small sample of the turtle species that are the best at breathing through their bottoms when they need to survive.

How do turtles breathe out of their bums?

Turtles are cold-blooded or “ectotherms”. This means that their body temperature is determined by the temperature of their environment. Breathing takes a lot of energy for a turtle because their rib- cages are inflexible. 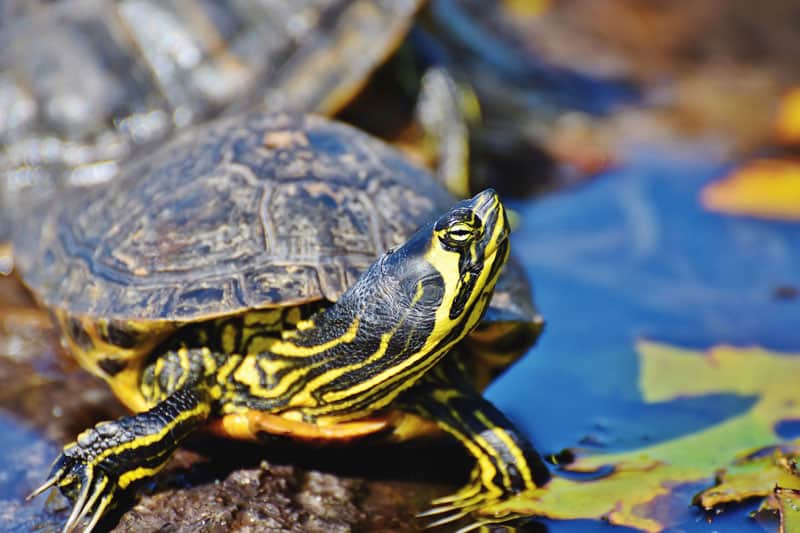 When it’s very cold or a turtle is trapped underwater, it simply doesn’t have the energy to use on this process. Turtles that are used to staying underwater for long periods draw water through their cloacal opening and into the cloaca (the area turtles use to draw in water, lay eggs, and expel waste.)

You may also like:  20 Fruits Bearded Dragons Can Eat

The tissue that lines the cloaca allows several types of turtles to extract oxygen from the water that passes through . Some turtles can get up to 20% of the oxygen they need from this process, others can get as much as 80% because the tissues lining their cloaca have better vascular uptake.

How many ways can turtles breathe?

The average turtle can breathe one of three ways.

Why do some turtles breathe out of their butts?

If a predator is waiting for a turtle to surface, they need to stay underwater to stay safe. Being able to breathe underwater, even a little, can make it so a turtle can survive a situation like this.

However, turtles aren’t fish and they haven’t developed gills. What they do have is a cloaca (commonly referred to as the turtle’s bottom). This area can take in water (through the cloacal opening) and allow that water to flow across a type of tissue (bursa) that has many blood vessels in it. These blood vessels allow the turtle to take the oxygen from the water and use it to keep
themselves alive.

This process is also necessary during hibernation, for turtles it’s called brumation. When the temperature drops, some turtles can get stuck in deep water or under a sheet of ice. To stay alive, their body slows down. Even though they are underwater, they still need to breathe. Allowing water to flow into their cloaca is an energy- efficient way to gather oxygen.

How long can a turtle stay underwater?

How long a turtle can stay underwater depends on what type of turtle they are and the temperature of the water. For example, the Fitzroy River Turtle is a very efficient breather and can easily stay underwater for days using the power of cloacal breathing.

In contrast, common pet turtles such as red-eared slider turtles and painted turtles can only stay underwater for about 30 minutes. This is because the water in their tanks is often still and not oxygenated. 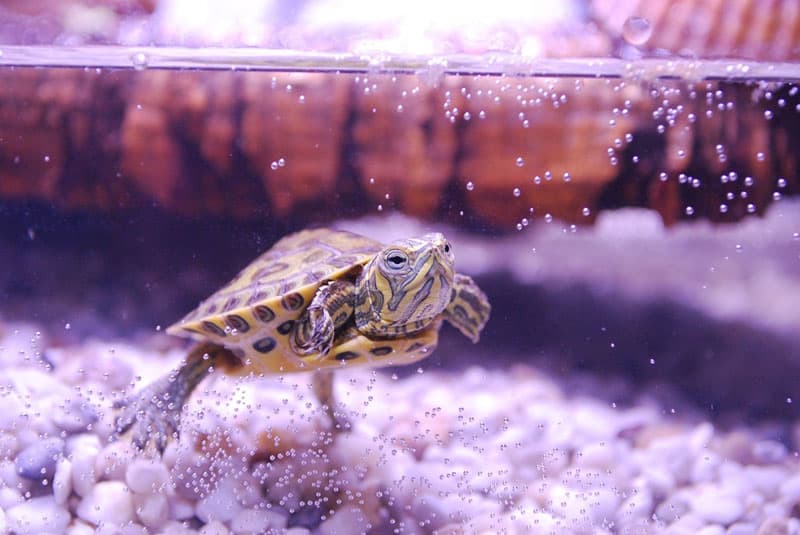 In the wild, most turtles can go into hibernation, if necessary. Hibernation slows down their metabolism and their need for oxygen, allowing them to stay underwater for at least a month in most cases. Some turtles, like the three highlighted above, can stay underwater in a hibernation state for up to 100 days.

Many diving turtles use cloacal breathing

No matter what made you ask, “Do turtles breathe out of their butts?”, this article is sure to have answered your question and then some. To sum up: Yes, many turtles can absorb oxygen through their specific tissues (cloaca bursae) located in their “butt area” (cloaca or vent.) These turtles are most often diving turtles or river-dwelling turtles.

The process of cloacal breathing is explained in a way that’s easy to understand in the video below.