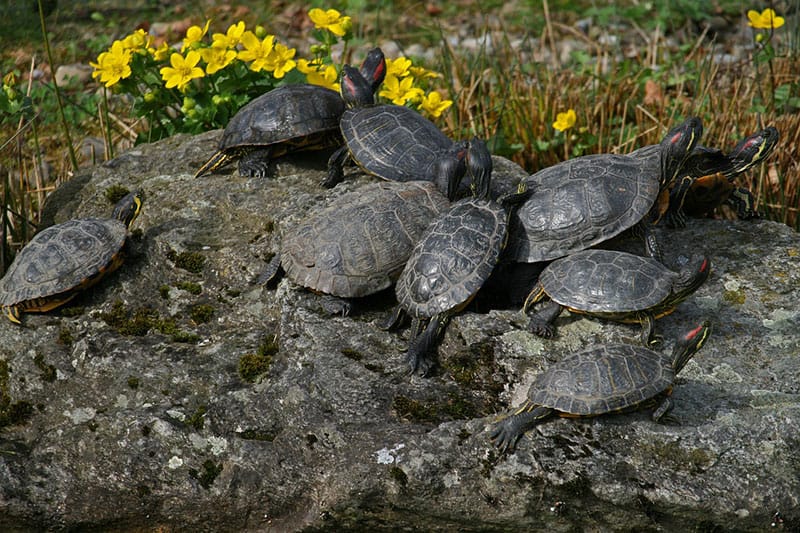 Red-eared sliders are very common water turtles and can be found in many states in the U.S. and are native to Tennessee. You will commonly see them sunning themselves on logs and rocks at lakes, ponds, rivers, and other natural bodies of water. They got the name from the red stripe on the side of their head that makes it look like they have red ears.

Growing up we would regularly go “turtle hunting” and catch them, bring them home and keep them as pets. You can’t do that today.

Are red-eared sliders illegal in Tennessee? 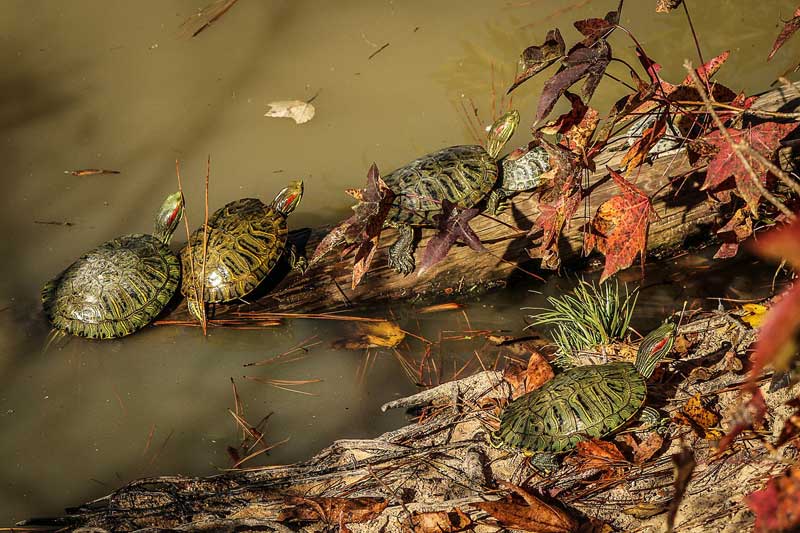 Can I buy a turtle in another state and bring it to Tennessee?

No, this is also illegal. It’s also illegal to sell them but you will still see them in vacation towns like Myrtle Beach, SC. Either the police don’t really care or the business owners just pay the fines and keep selling them.

If you already own one and no longer want it, consider giving it to someone who can continue to take care of it because you should never release one of these turtles into the wild. It can be harmful to the native environment.

If you run into this problem where you have a pet turtle that you want to release into the wild, contact the Tennessee Wildlife Resources Agency (twra), animal control agencies, or your local humane society and see if they have any suggestions for you.

A bit about Red-eared Slider care

If you did buy one or are considering buying one then also consider this. Yes they are very cute and look like they couldn’t possibly be much trouble, but it’s quite the opposite.

They grow very quickly and require a tank with lots of water in it. Their waste and partially chewed food will dirty up this water faster than you can blink and it will stink up the whole house, I know. They do not make good pets and belong in the wild.

I recommend against having a pet water turtle not only for legal and health reasons, but because they are a pain in the butt to care for. Just do yourself a favor and don’t do it.

Like turtles? Check out this article about how turtles can breathe out of their butts!

You may also like:  10 Longest Living Turtles on the Planet (Ranked)