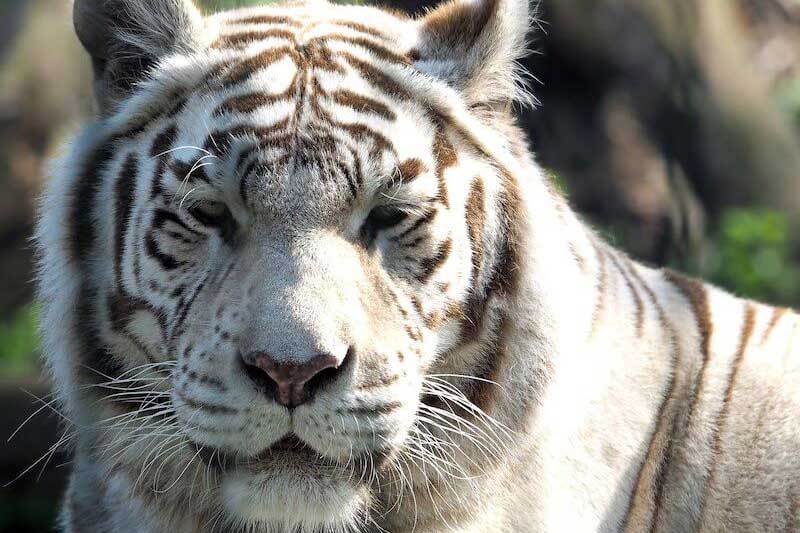 Down syndrome is one of the most common genetic disorders among humans, occurring in approximately 1 in every 1,000 babies. However, you may wonder are there animals with down syndrome? The internet seems to think there are, as a quick search will show you some animals that have become famous for their Down syndrome-like features. You may be surprised to learn the truth behind these animals and Down syndrome! Read on for information separating the facts from the myths.

Are There Animals With Down Syndrome?

While animals can have physical or developmental abnormalities that are very similar to Down syndrome, they technically can’t have the exact same genetic disorder as humans. For one, just because an animal has chromosome 21 doesn’t mean it functions exactly the same as a human. Therefore, an abnormality on chromosome 21 in an animal would not necessarily produce the same symptoms as Down syndrome in humans. Additionally, many animals don’t even have chromosome 21. For example, cats only have 19 chromosomes.

Down syndrome in Apes

The animal that is known to develop a condition closest to Down syndrome, is apes. Apes have 24 pairs of chromosomes, and their chromosome 22 is very similar to chromosome 21 in humans.

Scientists studied one chimpanzee that had developed an extra chromosome 22, resulting in symptoms similar to Down syndrome. The chimpanzee had heart problems, growth defects, and became blind by 7 years old. However, scientists still stated the condition was “analogous” to Down syndrome. This means it has a similar function but still differs in structure (like comparing airplane wings to bird wings).

5 Animals with Down Syndrome-like Conditions

Now that we know that animals can’t technically get Down syndrome, why are some animals labeled with it on the internet? Mostly because if an animal is born with symptoms that appear similar to Down syndrome in humans, people just assume that’s what the animal has.

Many conditions present with symptoms that appear very similar to the symptoms of humans with Down syndrome. We put together a list of 5 animals that have gone “viral” in the media for having Down Syndrome, even though they all actually had other conditions.

You may have heard of Kenny the tiger who was rescued in 2002 and lived at Arkansas’ Turpentine Creek Wildlife Reserve until he died in 2008. His face was noticeably different, with wide set eyes, a mouth that wouldn’t close all the way and a very short snout. He was often labeled as the “tiger with Down syndrome” and was a bit of an internet sensation.

You may also like:  How Strong Are Tigers? (Answered & Examples)

In reality, Kenny had genetic facial deformities resulting from inbreeding, not chromosome mutations. White tigers are actually very rare in the wild. However they are so beautiful that zoos and fur sellers alike want to keep them for their popularity. This unfortunately gives rise to aggressive breeding programs that rely on inbreeding to keep producing tigers with white fur. Because of the unfortunate medical conditions resulting from inbreeding that can be harmful to the animal, the American Zoological Association banned this practice in 2011.

Researchers have found that mice can experience chromosomal defects. They can develop an additional chromosome 16 that creates symptoms similar to Down syndrome. However, it is almost never seen in wild mouse populations since the babies with this defect typically die before they are born. Researchers only know of the possibility because they genetically created the conditions in laboratory mice to study them.

Probably the species with the most popularity on social media when it comes to “Down syndrome pets” are cats. However as we stated above, cats don’t have chromosome 21. Here are three celebrities and their conditions:

While commonly known as the animal with the longest legs, it can be surprising to see a dwarf giraffe, but they do exist. However, these animals don’t have Down syndrome. They have a genetic disorder called skeletal dysplasia that leads to abnormally shaped bones in their spine, arms, legs, and head.

Another condition that can occur in giraffes is similar to birth asphyxia, where the baby has oxygen cut off and doesn’t develop fully. For example, Julius the giraffe born at the Maryland Zoo, had a head that leaned to the right because of a damaged brain and had nerve damage that led to a crippled tongue.

Having a large tongue is a common symptom of Down syndrome and also a common symptom of macroglossia that can occur in dogs. Macroglossia is typically the result of enlarged cells or muscle tension that leads to dogs having abnormally large tongues that constantly hang out of their mouths. Their tongues can lead to breathing difficulties and have reduced range of motion.

Although it can be easy to assume a dog with macroglossia has Down syndrome, the condition usually occurs for other reasons. Examples include an allergic reaction or exposure to diseases such as hypothyroidism.

So, are there animals with down syndrome? The answer is no, because Down syndrome is specific to humans. As we learned in this article though, there are some instances in the animal kingdom where different animals may have a condition that’s similar to Down syndrome in humans.