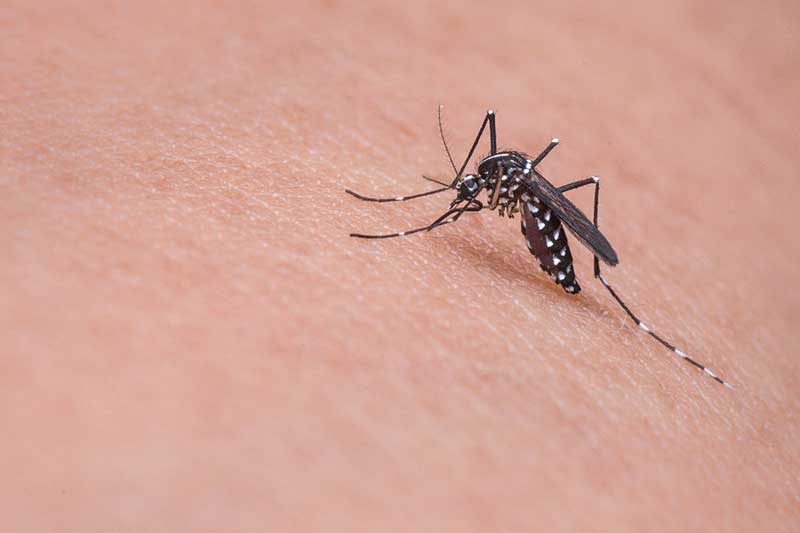 Mosquitoes are known to kill as many as a million humans each year, much more than any other animal. There are still a variety of animals that humans should be careful around from all over the world. Just remember, not all animals that are capable of killing humans are deadly predators. Human activity is increasingly overlapping animal territory, leading to more animal-caused fatalities. People are encroaching into the habitats of animals which leads to more accidents and deaths caused by animals. The following article looks at the 6 animals that kill the most humans per year, by continent, not counting mosquitoes.

Animals That Kill The Most Humans Per Year by Continent

Different animals kill humans each year around the world. Not all of these animals are deadly predators, but several are responsible for attacks on humans.

You might be surprised to learn that the animal that kills the most humans each year in North America is deer. Deer are responsible for more human fatalities than any other animal in North America.

According to a study by the University of Washington, deer are responsible for 1.2 million automobile accidents each year. An average of 200 human deaths result from these accidents every year in the United States.

Deer are large animals, and their size means they can cause serious injuries if they collide with humans. In addition, deer are often active at night, when visibility is poor, making them more likely to be involved in accidents with humans.

More highways constructed in areas with high deer populations have led to more accidents involving the animals. In addition, vehicles travel faster and have less time to stop when something jumps out in front.

It should be no surprise that hitting a deer can do significant damage to a vehicle and even cause the airbags to deploy. Deer have been known to go through a windshield and land in the front seat.

With such a wide range, it’s important for North American drivers to be aware when they are driving through an area with large deer populations.

The jaguar is a large cat native to the Americas. Their range extends from the Southwestern United States, south through Central America, into South America. Jaguars are also the third largest cat in the world, behind lions and tigers.

They rarely attack humans in the wild, but when they do, it’s almost always fatal. An average of 20 deaths occur each year as a result of jaguar attacks. Scientists note that indigenous people in South America only fear jaguars when their prey populations decrease.

With more human encroachment on the big cat’s territory, the cats turn to prey on humans. Jaguars stalk and ambush prey rather than chase it down like many predators. This makes unsuspecting humans an easy target in the jungles of South America.

Believe it or not, hippos are the most dangerous animal in Africa and responsible for the most human deaths. They kill more than 500 people per year. While they may appear to be slow and docile, hippos are actually highly aggressive and territorial animals.

They will chase boats that enter their waters. Hippos are also incredibly strong and very fast in the water. Their large size means that they can easily cause a boat to capsize and drown humans.

For example, Lake Naivasha in Kenya is home to a large hippo population. Flooding has led to more hippo encounters with local fishermen. Villagers near the lake say hippos stalk fishermen who enter their territorial waters.

The hippos have huge mouths and giant incisors that can do significant damage to people and property.

As the human population continues to grow in these remote areas, so does the risk of conflict with these apex predators. In many cases, their victims are young children or elderly people who cannot defend themselves. Many times their attacks are more opportunistic than planned.

In other words, tigers don’t necessarily seek out humans but will attack if the opportunity presents itself. Like other big cats, tigers usually only attack humans when populations of prey are low.

In Europe, dogs kill the most humans per year. On average, wild dogs have attacked and killed hundreds of people in Europe over the last couple of decades. However, this number is likely to be higher because many attacks go unreported.

Large packs of wild dogs, most likely hybrids between domestic dogs and wolves, roam the forests and woodlands in France, Germany, and other parts of Europe. These animals are extremely aggressive. Most of the attacks occur in rural areas where people are more likely to come into contact with wolfdog hybrids.

However, there have been some attacks in urban areas as well. More people are attacked by dogs or wolfdog hybrids than actual wolves. Dogs typically attack people who are alone or isolated from others.

They will also attack people who are sick or injured. In some cases, they may even attack healthy adults.

Australia is home to a wide variety of venomous snakes, spiders, and other deadly creatures that are only found on that continent. Brown snakes are found throughout Australia, and their venom is highly potent. They are aggressive predators and will often strike without warning.

If not treated quickly, a brown snake bite can be fatal. While there are many other dangerous animals in Australia, venomous snakes pose the greatest risk to human life. Many Australian snakes are highly venomous, and their bites can cause severe medical problems or even death.

Brown snakes are responsible for more than half of deaths caused by snake bites. Brown snakes are very aggressive and will often strike without warning. They are also quite fast and difficult to avoid, making them a particularly dangerous animal to encounter.