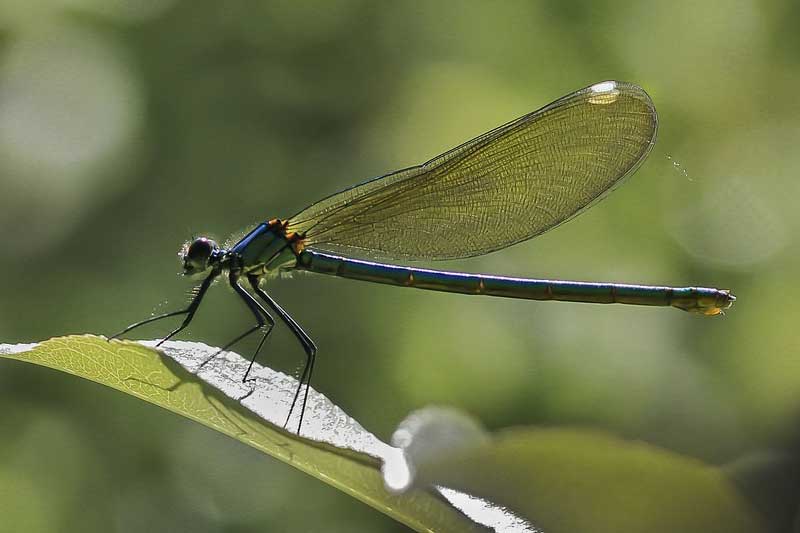 19 Animals That End With Y

The booby (Sula) is a medium-sized sea bird that lives in colonies on Pacific Ocean islands. The six booby species are medium-sized coastal seabirds that dive for small fish. Some species of boobies, such as the red-footed booby, would also feed on squids.

The turkey is a North American native bird. Wild turkeys are indigenous to North America and were once hunted for food by Native Americans.

On the other hand, domestic turkeys are raised for meat on farms. They are fed corn and mixed grains instead of grasses, insects, and other small animals found in forested areas, which is a wild turkey’s natural diet.

Guppy is a type of freshwater fish that can be found in the wild and kept in an aquarium. Although guppies originated in South America, they have since spread to other parts of the world.

Guppy is a small fish that can grow to around 2 inches long. Females typically have gray colors, whereas males have spots or stripes of various colors.

These fish are typically found in schools, which they form whenever they feel threatened by a predator. Due to their omnivorous nature, they consume both plants and insect larvae that they find on the bottom of lakes and rivers.

A fly is a small insect with wings and a body divided into three sections. There are numerous types of flies, but the most common is the house fly (Musca domestica).

In nature, these insects serve a variety of purposes. They consume waste, help break down bacteria, and pollinate flowers and plants. Because they spread disease, flies can be a pest as well.

The Manta Ray is a large fish found in tropical and temperate waters. This animal is distinguished by its diamond-shaped elongated body and eyes on the side of its head.

Manta Rays are filter feeders that swim through the ocean using their wide mouths to catch plankton, tiny fish, and other organisms that are part of their diet.

The Collared Peccary, also called Javelina, is a wild pig found in South America and parts of North America. These creatures have broad heads and pig-like snouts.

They are omnivores that mostly consume fruits, vegetables, roots, and plants. Collared peccaries are very social animals; they live in packs of 6-9 individuals called squadrons but can also be seen living by themselves.

The butterfly is among the most common and widespread of all insects in the USA. In fact, there are approximately 17,500 butterfly species known to science.

These creatures have eyes that are made up of many lenses, allowing them to see in multiple directions at the same time. And aside from flying, their colorful wings help them to hide from predators and attract potential mates.

The monkey is a highly intelligent animal. When it comes to solving puzzles, they have been known to have the intelligence of a three-year-old human.

These animals are also very social and live in groups known as troops. They can be found in tropical and subtropical areas of Central and South America, Asia, and Africa. Monkeys are also arboreal creatures that primarily eat fruits, nuts, and insects.

A mayfly is a type of insect that can be found worldwide. They are known for having a 24-hour lifespan as winged creatures, but their larvae can live for up to two years. You can discover these insects in freshwater areas like lakes and ponds.

Mayflies have three distinct life stages: egg, nymph (or larvae), and adult. The nymphs primarily consume algae and other small organisms found in the water.

Siberian Husky is a medium-sized working dog breed from Siberia. The Chukchi people of northeastern Asia bred the breed as sled dogs.

The Siberian Husky is a tough and athletic dog that was bred to be a sled dog. They have a thick double coat of fur that keeps them warm in cold weather.

Their coat can be any color, but the most common are black and white. Most Siberian Huskies have blue eyes, but some have brown eyes or a combination of blue and brown eyes.

The dragonfly is one of the world’s fastest flying insects, reaching speeds of up to 35 miles per hour. It has four wings and compound eyes on the top of its head. This insect also consumes other insects, such as mosquitoes, flies, and even other dragonflies.

Donkeys are tough, patient, and loyal creatures. They are known to be capable of surviving in harsh environments such as deserts and steep hillsides.

Donkeys can also live with little water and food. This animal’s feet are tough and strong, allowing it to carry heavy loads easily.

Squirrel monkeys are small, omnivorous primates native to South American tropical forests. They have long tails that help them balance when moving through the trees.

These animals typically live in troops, with varying numbers of individual monkeys depending on location. These monkeys typically consume fruits, seeds, flowers, leaves, and insects.

In the equine world, ponies are a special kind of horse that are smaller than full-sized horses. They are typically 12 to 14 hands tall (122 to 142 cm tall).

Ponies have been bred for a variety of purposes, such as riding, driving, and packing. They have thick necks, stout legs, flat feet, and are very sturdy. Some ponies are solid black, while others are bright white with colored spots, but they can be any color.

The osprey is one of North America’s largest birds, with a wingspan of up to 5 1/2 feet. Ospreys are distinguished by their brown and white feathers and large eyes.

You may also like:  12 Animals That Live in Caves (With Photos)

It is also a fish-eater and a bird of prey. It is an opportunistic feeder that prefers fish but will also consume small mammals, amphibians, and reptiles.

Its sharp talons help this bird catch fish when it dives into the water from high above. It also makes its nest on a branch platform near the water’s edge.

Canary is a small, yellow-green songbird native to the Canary Islands. Recently, it has become popular as a caged bird for its ability to sing even when confined to a cage. Canaries eat mostly wheat, but they also eat insects found in their natural habitat.

Blue Jays are a species of bird native to North America. They can be found throughout Canada, the United States, and Mexico.

These are common birds you can find in many environments, including forests and gardens. Blue Jays primarily consume insects such as grasshoppers, caterpillars, beetles, and other small insects found in their habitat.

The firefly is an insect that emits light. This light is produced by a chemical reaction within the firefly’s abdomen.

During mating season, male fireflies use light to attract females and ward off predators. Fireflies also have two pairs of wings and prefer humid habitats like forests, grasslands, and marshes.

The mudpuppy is a large water salamander that spends most of its time on the bottom. They have slimy skin and thick bodies with short legs.

Some mudpuppies are reddish-brown, brownish-gray, or even entirely black. Like other salamanders, mudpuppies consume insects, worms, small amphibians, crayfish, and other small fish.