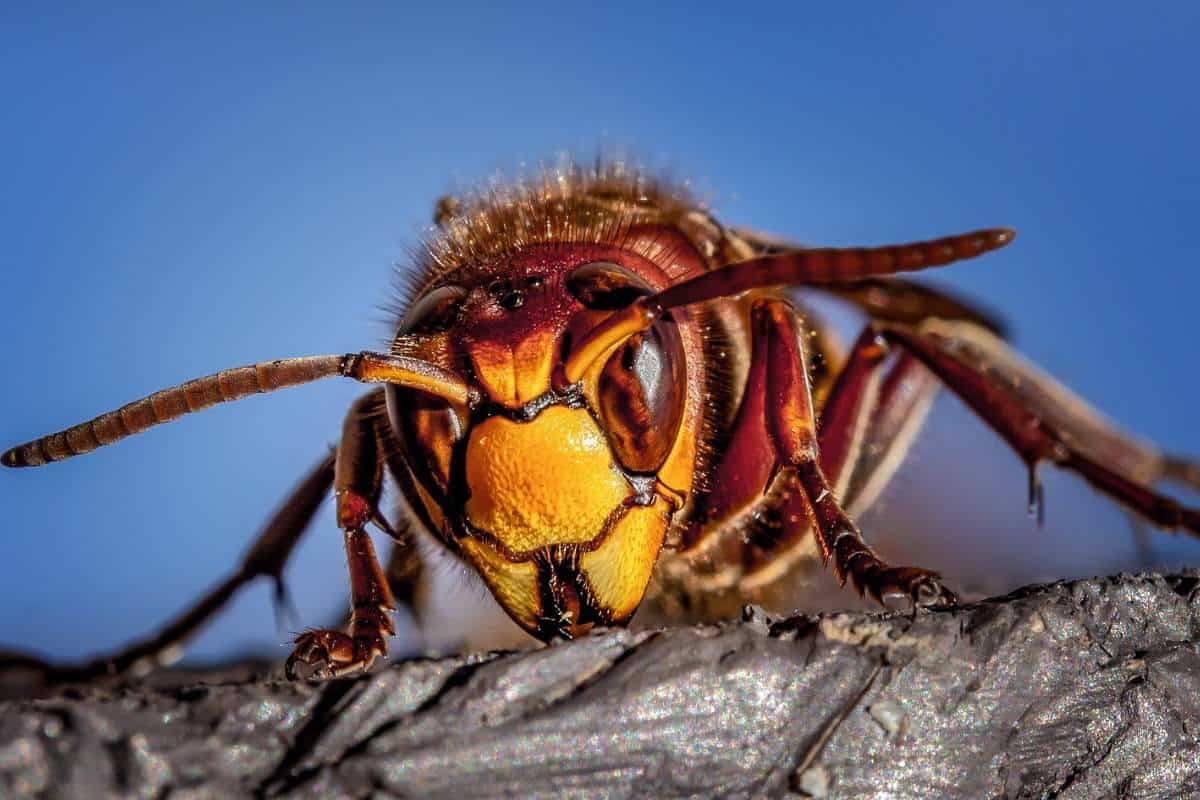 If you’ve ever wondered where do wasps go in winter, you’re not alone! Wasps are flying insects that are closely related to bees. They’re found all over the world, with over 30,000 species identified.

Wasps spend the summer outside, building their nests out of papery pulp that they chew up and spit out. These insects build their nests in trees, walls, attics, or any other location that’s safe from predators.

When the cold weather arrives, their activity changes dramatically. Let’s find out where wasps go in the winter and how they survive this cold season.

Where do wasps go in the winter?

When winter comes, female wasps hibernate in small spaces or holes like hollow trees or walls of buildings. The queens keep warm by congregating with other female wasps who are also destined to become queens.

When the weather warms up in the spring, they emerge from their hibernation sites and resume their hunt for food. They’ll also begin looking for a new location to establish their new colony.

Do wasps come back to the same nest after winter?

Paper pulp, chewed wood fibers, and saliva make up the wasp nest. These materials are held together with water and air pressure from within the nest itself. The nest serves as a protective structure for both larvae and adults, shielding them from predators such as birds and other insects that may wish to eat them.

However, these nests rarely last more than a year. This is why wasps don’t usually reuse previous year’s nests, but instead build new nests in the same area. By doing this, the new colony can avoid contracting any parasites or diseases that have accumulated inside the old nest.

The biggest members of their species are queen wasps. They’re also the only females capable of reproducing, and they lay eggs that develop into workers and drones (males).

The queen is in charge of all reproduction in a colony, but she isn’t alone—all of the workers collaborate to help her raise her young. Here’s how to recognize a queen wasp if you think one might be hibernating inside your home:

Where do they hibernate?

Wasps hibernate in places where they won’t be disturbed during the winter, such as inside a house, building, or trees. These insects need to find a safe and warm place to sleep until spring arrives. They do this because to survive, wasps must enter a state of hibernation in which they don’t move or eat for months at a time.

Due to predation and weather conditions, only a few queen wasps will survive the hibernation period. The rest will die off, and when spring returns, these few queens will be the ones to carry on the new generation.

You may also like:  How to Keep Mosquitoes Away Without Bug Spray (10 Ways)

Social wasps are social insects, like bees and ants. They live in colonies, each with its own queen and workers. The colony is organized into a system, with each wasp playing a different role.

The only female who reproduces is the queen, while all other females are sterile workers. Here are some examples of social wasps:

These wasps are a type of social wasp that constructs its nests out of chewed wood pulp, which it uses to make the walls of its paper-like nests. It’s also used to make egg cocoons. These wasps are beneficial to have around because they eat pests like flies, beetle larvae, and caterpillars.

The bald-faced hornet is a large and aggressive wasp. It’s distinguished by its black skin and white markings on its face.

This wasp is a vicious predator that stings its prey and anyone who comes too close to its nest. Their workers can grow to be half an inch long, while their queens can grow to be 0.75 inches long.

Yellowjackets are wasps that build their nests in the ground, under logs, or inside walls. They have black bodies with yellow stripes on the abdomen and are about 0.6 inches long.

Yellowjackets consume insects and other invertebrates as food. In fact, these wasps are thought to be beneficial because they prey on pests that would otherwise harm crops or homes.

Solitary wasps are insects that live on their own. They don’t live in colonies like social wasps and can only have one offspring per year.

These wasps usually build their nests on the ground out of the mud. There is only one female wasp in each nest, where the eggs are laid.

Sand wasps are large insects that live in sandy areas and are black and yellow or white and black in color. These insects live alone and build their nests on the ground. These wasps can reach a length of an inch and easily capture their prey by paralyzing them with their venom.

A Great Golden Digger wasp is a large predatory insect found in grasslands and open areas. These wasps, which are named after their golden hair, can grow up to an inch long and sometimes longer. Great Golden Diggers usually feed on nectar, but they also catch insects like crickets to feed their larvae.

Mud-daubers are solitary wasps that can grow to be over an inch long. They’re common throughout the United States and are distinguished by their black bodies with metallic lusters. Female mud daubers catch prey by injecting venom that acts as a preservative, ensuring that their larvae can feed on them once they hatch.

The majority of wasps die during the winter, but some lucky queens do. These queens can establish new colonies for their species when the weather warms up in the spring.

And while many wasps die during the winter season, this still demonstrates a beautiful aspect of nature, as they continue to make their way to ensure that their genes are passed on to future generations.

You may also like:  Where Do Flies Go in the Winter?