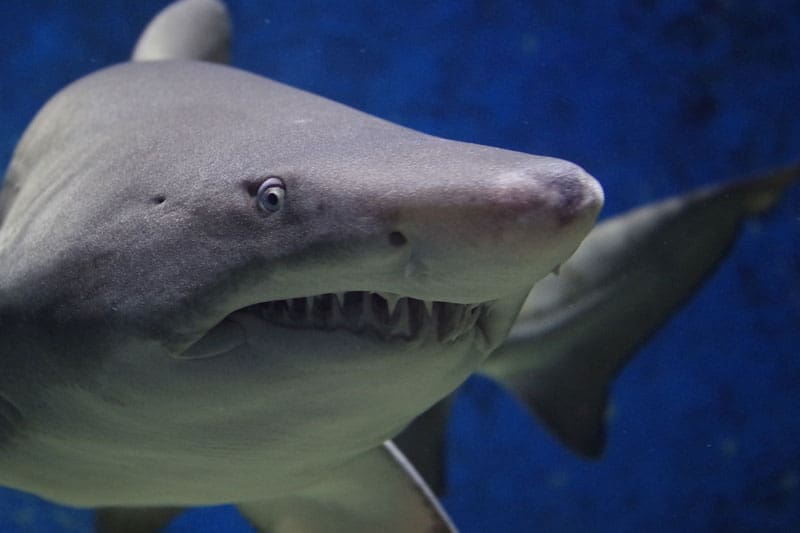 Most people can agree that they are interested in and/or intrigued by the animal kingdom. Certain animals, especially those that are perceived as dangerous or deadly, tend to generate even more interest as people have a unique fascination with danger. Oftentimes, this can lead to falsehoods or myths about these animals. In this article, we will cover myths about sharks.

Generally, sharks have not benefited from myths circulating about them. This is no thanks to sensational stories like those in the Jaws movies or other horror movies about sharks. Continue reading to debunk some of the common myths you may have heard about sharks.

While shark attacks do occur, most if not all of these attacks are accidental. Humans are not on the menu for sharks, and they do not try to hunt them. Instead, when shark attacks occur, it is likely because they have mistaken a human for a prey item.

Shark attacks are more likely at crowded beaches, in waters with poor visibility, or in areas with high prey densities. It is no question that we should remain aware and vigilant when recreating in the ocean, however the paralyzing fear associated with sharks is misplaced.

Far more people are killed by domestic dogs, bees, and even livestock than sharks each year. In fact, your chances of being struck by lightning are far higher than being killed by a shark.

Sharks can smell blood, but not from a mile away, and certainly not a single drop. Some sharks have a stronger sense of smell than others, and can smell blood maybe from a few hundred yards away, however it is not plausible that they would be able to smell such a small amount of blood.

While some lizards can grow their tails back after losing them, this is not the same case for sharks. Sharks are hunted, oftentimes only for their fins, and then thrown back into the ocean.

4 Sharks have no predators

Many people think sharks have no predators and are always at the top of the food chain. This is not true. Some species are eaten by their own kind and may be eaten by bigger sharks than them. Even the ultimate predator, the Great White shark has predators.

Killer Whales are known to go after and take down Great Whites in South Africa. However, the biggest and fiercest predators of sharks are humans, with approximately 100 million sharks killed by humans each year.

5 Sharks are only found in warm, tropical waters

While there are certainly more species of sharks in waters closer to the equator and off the coast of tropical regions, sharks are widely distributed throughout the earth’s oceans.

You may also like:  Octopus Vs Squid (9 Differences With Pictures)

Sharks can be found in all five oceans and in most seas. Sharks like the Great White, Basking shark, Greenland shark, and Sleeper shark live in cooler, temperate and sometimes polar waters.

6 Sharks are only found in saltwater

This is mostly true, however there are species of sharks that can be found in freshwater or brackish water. Both bull sharks and species of river sharks are known to inhabit rivers.

7 All sharks need to constantly stay moving to survive

I’s true that some species of sharks need to remain in motion to pass water over their gills to get oxygen into their bloodstream. There are certain sharks including like nurse sharks, angel sharks, and leopard sharks have additional specialized water passageways called spiracles that help to ventilate the gills. Spiracles allow these species of sharks to sit still or in one place for extended periods of time while still passing water over their gills.

8 All sharks are fierce predators

While most species of sharks do actively track down and hunt their food, there are some species of sharks that have a less involved foraging strategy. Sharks such as the Whale shark and Basking shark are solely filter feeders. They feed on plankton, small crustaceans, and other invertebrates.

The reason why there are so many myths that are widely believed about sharks likely stem from sensationalist movies, television and news stories that paint sharks with a broad brush as dangerous, bloodthirsty monsters. The reality is that sharks are in fact not bloodthirsty monsters and do not enjoy the taste of human blood and flesh. Many are simply carnivores that must hunt for their food to survive.

However, all sharks are different. This means that we can not generalize all sharks the same way that many of these myths do. Sharks are a diverse group of species with unique natural and life histories, and believing these sensationalist myths can be detrimental to their conservation and survival.