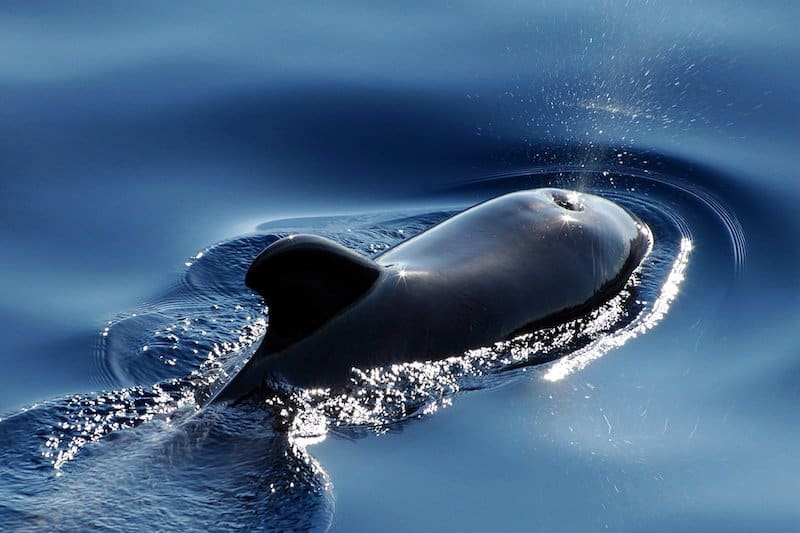 The ocean is home to an incredible variety of animals, big, small and microscopic! Some species of whales are the giants of the ocean. In fact, the Blue Whale is the largest mammal on earth. Most people associate the sea with fish and other non-mammalian creatures, but the ocean is also home to a diverse group of air-breathing mammals! In this article, we will focus specifically on diving into the question “how long can whales hold their breath?”.

Thanks to certain adaptations, whales are capable of holding their breaths for long periods of time, allowing them to remain underwater for up to hours at a time.

How long can whales hold their breath?

The longest recorded time that a whale has held its breath was 222 minutes! This record was set by a Cuvier’s Beaked whale. But different species have different tendencies when it comes to diving and how long they will stay under.

For example, Sperm Whales can stay under for about 90 minutes, while Humpback Whales can hold their breath for about an hour.

Do whales have lungs?

Yes. Unlike fish, whales are not able to breathe underwater. For example, sharks have gills which take oxygen out of the water. But whales have lungs that they use to breathe air just like humans and other mammals.

How big is a whale’s lung?

Despite their large size, whales don’t tend to have very large lungs in relation to their body. Human’s lungs account for 7% of the space in our bodies, while whales lungs only take up about 3% of the space in their bodies.

That being said, whale lungs are huge compared to other animals, since whales themselves are huge! The Blue Whale has lungs that has the capacity to hold about 1,320 gallons!

What whale can hold its breath the longest?

Blue Whales can hold their breath for about 90 minutes, but typically do not exceed 30 minutes underwater at a time.

How deep can whales dive?

The deepest dive ever recorded was 2,992 meters which is just under 9,820 feet, roughly equating to about 1.8 miles. This record breaking dive was by a Cuvier’s Beaked Whale, which is also the species of whale holding the record for the longest time spent underwater on a single breath! As a comparison, the deepest human scuba dive on record was 1,090 feet deep.

How do whales breathe?

Whales breathe with their lungs, like all mammals. However whales do not breathe in through their nostrils or mouths like most mammals. Instead, whales have a blowhole located at the top of their head. This blowhole is a specialized nostril that allows whales to inhale air while at the surface.

Whales also use their blowhole to exhale, where they will blow out air loudly and sharply, often expelling a stream of mist when they first reach the surface.

How can whales hold their breath for so long?

Whale’s lungs and respiratory systems are incredibly efficient which allows them to make the most out of each breath, allowing them to stay underwater for longer. Whale’s muscles have high concentrations of myoglobin, a protein that stores oxygen rich red blood cells.

The high concentrations of myoglobin allow for whales to absorb as much as 90% of oxygen in a single breath. In contrast, humans only absorb around 5% of oxygen in each breath!

Not only that, but whales are able to slow down their heart beat and while diving, blood flow is restricted to certain extremities. These modifications allow for each breath to go much further and for it to be possible for so much time in between breaths!

How often do whales breathe? 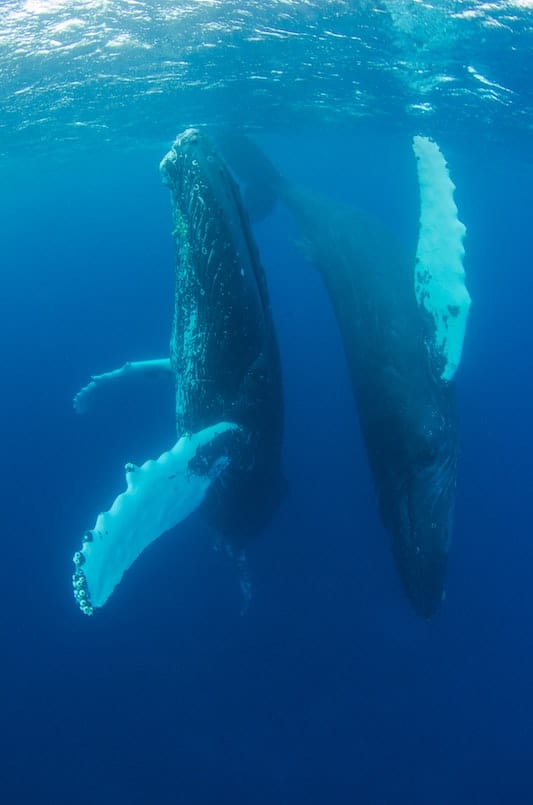 How do whales sleep?

Scientists working with captive whales have found that whales almost enter a half consciousness, where they will keep one eye open and apparently one half of their brain “on”, allowing them to remain alert.

How do whales sleep without drowning?

Unlike land mammals, breathing is a conscious activity for Whales, meaning that they have to actively think in order to breathe. This is one reason why researchers believe that whales may sleep in a half conscious state, with one eye open and one portion of their brain active.

Not only that, but most whales tend to only take short naps, which are often within the threshold of how long whales can hold their breath for.

How long do whales sleep for?

Unlike humans, whales do not appear to need much sleep! Most whales sleep in short bursts and will nap for 10 to 15 minutes at a time. However, some whales have been observed to slumber for up to an hour.

Whales, along with other marine mammals have amazing modifications and behaviors that allow them to thrive in the harsh environment of the ocean, with some whales being able to remain underwater for nearly four hours at a time!

Being able to stay underwater for long periods of time allows for whales to carry on biologically important activities, like searching for food, and for traveling safely in waters where the dangers of boat collisions occur.

You may also like:  Coyotes in California (Facts, Pictures)