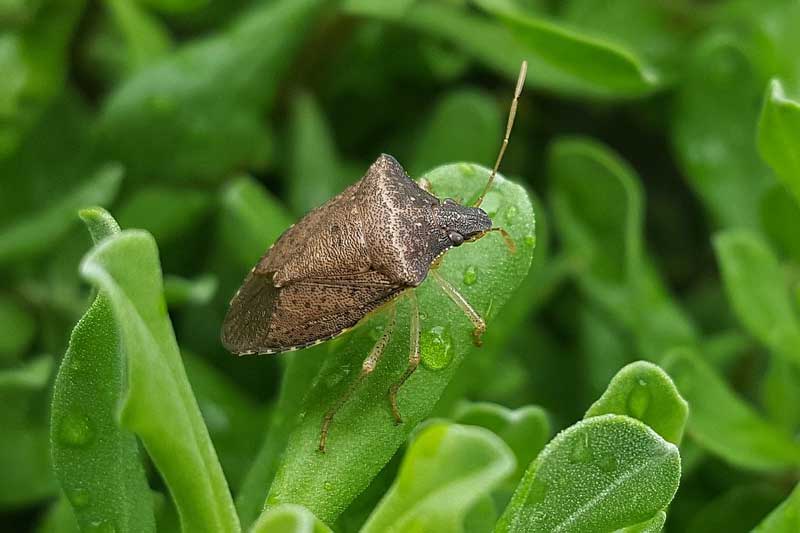 Stink Bugs live throughout most of the United States (and the world), and are common agricultural pests. In warm climates, they stay outside and reproduce all year long, but in places with cold winters, they find warm, safe places to wait out the winter. As it turns out, our houses are ideal places for stink bugs to hide during the cooler months, but how do stink bugs get in the house to begin with?

Stink Bugs don’t damage the home and they really don’t cause much trouble, except that as they warm up inside the house they often return to their normal activities, including breeding. Breeding Stink Bugs use their pungent smell to attract mates. So, if you have a bunch of Stink Bugs in the walls, you might start to notice the smell. Keeping them out of the house is clearly a top priority.

How do stink bugs get in the house?

Stink Bugs get into the house in a few different ways:

Essentially, any kind of opening in your home that allows access from outside is a potential entryway for stink bugs. Insects like stink bugs can get in from all kinds of tiny openings that can be hard to notice.

Why do stink bugs come inside my house?

As the weather turns cooler stink bugs start looking for places to get out of the cold. For most of the winter, they’ll be inactive, so in addition to someplace warm, they want to find a place where they’ll have plenty of shelter and protection from predators.

The spaces inside your walls are perfect for this. It’s dark, warm, and safe. So, naturally, that’s where they want to be. Really, anywhere inside your house is better than the outside, but in the walls they’ll feel safer than they would anywhere else in your home. They may also be drawn to the attic or basement if you don’t use those areas often. 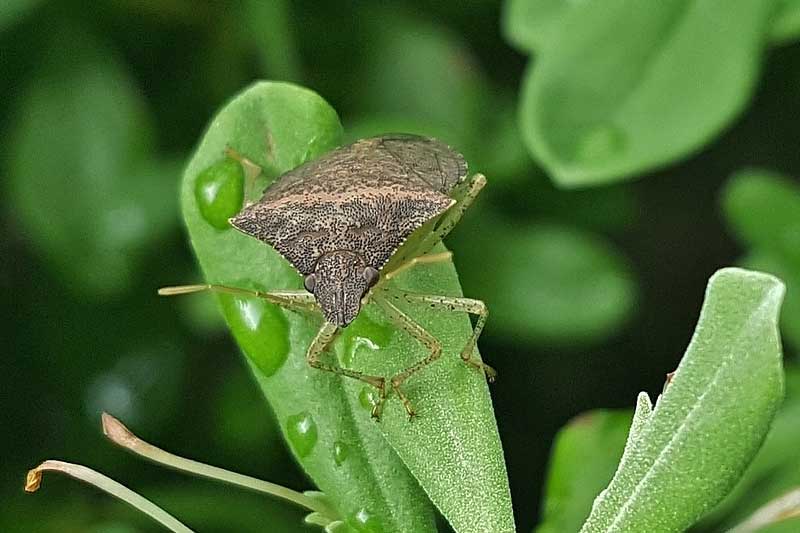 How do I prevent stink bugs from getting in my house?

The best way to prevent stink bugs in the house is to seal everything up tightly. Check every window to make sure there are no cracks around it and do the same with the doors. Inspect the vents, chimneys, and pipes around your home to ensure any openings to the outside have screens on them.

Walk around the outside of the house, inspecting the area where the ground meets your walls. Look for gaps or cracks in the foundations through which bugs could enter. Check the wooden siding on your house and look closely at the area around water spigots to ensure these places have no openings, either. Do all of this before the weather starts to turn to be sure that you can get everything sealed up nice and tight before the stink bugs start looking for places to hide.

Screens like this can be used to effectively seal off openings that need to remain open, like air vents. The gaps are small enough to prevent insects, including stink bugs but also plenty of other potential pests, but the mesh itself is flexible which helps to ensure that you get a good seal on the vents themselves.

For windows and doors you can simply use a caulk gun to seal any gaps that you see. These are some of the most common entry points for small bugs and especially Stink Bugs, so ensuring that these areas are sealed off is vital to making certain that keep the Stink Bugs out of the house.

You can also try using repellents. Diatomaceous earth is a naturally occurring, soft rock that is crumbled to a fine powder and used as an effective insect repellent that’s safe for use around the home. The fine rock particles kill insects by cutting holes in their exoskeletons, which causes them to loose their bodily moisture.

Some people report having a lot of success repelling Stink Bugs with garlic, or essential oils. Peppermint is especially popular for this purpose. There’s not much research to support the use of peppermint to repel stink bugs, but plenty of people swear by it.

How to get rid of stink bugs already in the house

Stink Bugs are very resistant to pesticides, unfortunately, which makes it quite difficult to get rid of them. You also can’t simply go around smashing the bugs that are already there, because that will just release their foul odor.

A mixture of water, vinegar, and dish soap in a spray bottle creates a natural insecticide that will kill any Stink Bugs you spray it on, but this only works for the bugs you can see. You can also use a vacuum to suck them up, and as long as you dispose of the bag immediately you won’t find your home permeated with the stench of dead Stink Bugs. Again, though, this only works if you can see them.

The difficulty is that most of the Stink Bugs in your home are probably hiding in the walls. They won’t cause any structural damage, but you can probably smell them. The only way to truly rid yourself of an infestation of Stink Bugs in the walls is to contact an exterminator and have them removed professionally.

Stink Bugs can get into the house through gaps or cracks in walls, around windows and doors, air vents, chimneys, and the foundation. The best way to keep your home free of them is simply to make sure that it’s sealed up tight before they start looking for a way in. Once they’re in the house, getting rid of them is very difficult.

It’s worth noting, though, that they’ll leave on their own once the weather warms up a bit. If they aren’t causing any problems (in other words, if they aren’t stinking up the place) you may want to just leave them be. Unfortunately, they often do start to release their odor, and if that’s the case you’ll probably have to call an exterminator to get rid of them.

That’s precisely why preventing them from getting in the first place is much better. Seal the house up tight, spread some diatomaceous earth around, and maybe spray some peppermint oil on it. Anything you can do to prevent Stink Bugs from entering is going to be worth it.