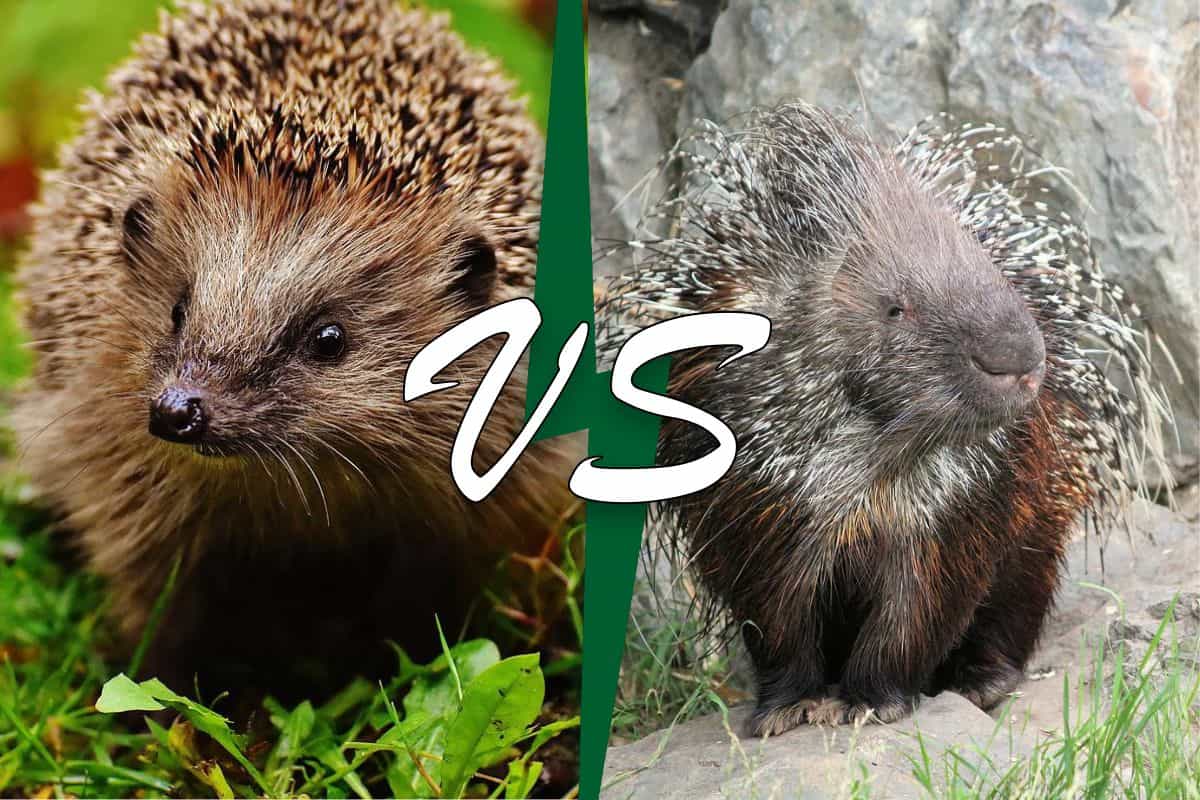 There are a lot of debates out there on the internet. Cats vs dogs. Star Wars vs Star Trek. But one of the most heated debates is hedgehog vs porcupine.

Hedgehogs are small, spiny mammals found in Europe, Asia, and Africa. They are nocturnal creatures, often active at night and sleeping during the day. Hedgehogs have a wide variety of predators, including foxes, weasels, and birds of prey.

As a result, they have developed a number of adaptations to help them survive. For example, their spines act as a form of defence and camouflage.

When threatened, hedgehogs will roll up into a tight ball, presenting their spines to would-be predators. The spines also make it difficult for predators to pick up hedgehogs, as they become stuck in the animal’s fur. In addition to their physical defences, hedgehogs also produce a noxious odour that deters many predators.

Although primarily herbivorous, porcupines sometimes eat small animals, eggs, or carrion. Porcupines use their quills for defense, and they will shake their quills to warn predators that they are not to be trifled with. When threatened, a porcupine may also lash out with its powerful tail, which is also covered in quills.

Porcupines and hedgehogs are often lumped together, but these two animals have a few key differences. One of the most noticeable is their size. Porcupines are much larger than hedgehogs, with some species growing to over 36 inches in length.

Hedgehogs, on the other hand, are usually only around 12 inches long. This difference in size can be attributed to their different diets and habitats.

You may also like:  Are Coyotes Dangerous? (The Truth)

Porcupines are primarily herbivorous, so they need to consume large quantities of vegetation. This is why they are found in forested areas where plants are abundant. Hedgehogs, on the other hand, are primarily insectivorous.

As a result, they do not need to eat as much and can get by in smaller areas. Another difference in size is that hedgehogs have much shorter legs than porcupines. This gives them a more compact appearance and allows them to move quickly when necessary.

Hedgehogs are native to Europe, Africa, and Asia, while porcupines are found in North and South America, Canada, and Alaska. Other species of hedgehogs are also found in New Zealand and Australia.

Another key difference between hedgehogs and porcupines is their coat. Hedgehogs have short, stiff spines that cover their back and sides. These spines are made of keratin, the same material that makes up human fingernails.

Porcupines have longer, sharper quills that cover their entire body. These quills are modified hairs filled with a hollow shaft of keratin.

The quills are barbed at the tips, which makes them difficult to remove once they have embedded themselves in an attacker. These quills also serve different purposes: porcupine quills are used primarily for defense, while hedgehog quills help the animal camouflage itself from predators.

However, they will also eat other small invertebrates and some plant matter. While both porcupines and hedgehogs have different diets, they have one thing in common: both species use their sharp teeth to strip away the bark or exoskeleton of their prey before consuming it.

On the other hand, hedgehogs typically weigh between 5 to 56 ounces, with the average hedgehog weighing about 12 ounces.

Porcupines and hedgehogs also differ in their breeding habits. Porcupines are polygynous, meaning that males will mate with multiple females. This is likely because porcupines have a high mortality rate, so males must mate with as many females as possible to ensure their genes are passed on.

Hedgehogs, however, are monogamous, and the males will only mate with one female. This is likely because hedgehogs have a lower mortality rate, and females can produce more offspring when they mate with just one male.

While it’s true that both animals use their quills to defend themselves against predators, the difference between them comes in how they do it.

When threatened by a predator, hedgehogs curl up into a ball, burying their heads and vulnerable underside. The quills on their backs will stand up, making it difficult for predators to bite or grab hold of the animal.

On the other hand, when a porcupine feels threatened, it will tilt its back and push out the quills, pointing them towards the attacker. Porcupines also wave their tails at the attacker to try and prick them with their quilts.

9. The Number of Quills

In recent years, scientists and biologists have closely studied both animals to examine the number and length of their quills. A stud revealed that porcupines have larger and more quills than hedgehogs. A hedgehog only has around 5,000 quills, while porcupine spots over 30,000.

Hedgehogs are preyed upon by many different animals, including weasels, wolves, foxes, snakes, mongooses, and birds of prey. Porcupines can preyed upon by a variety of predators, such as coyotes, bobcats, and great-horned owls… especially when they are young.

However, an adult porcupine has better defenses against these predators and makes a more formidable prey. A full grown porcupine can easily fend off an adult jaguar in most cases.