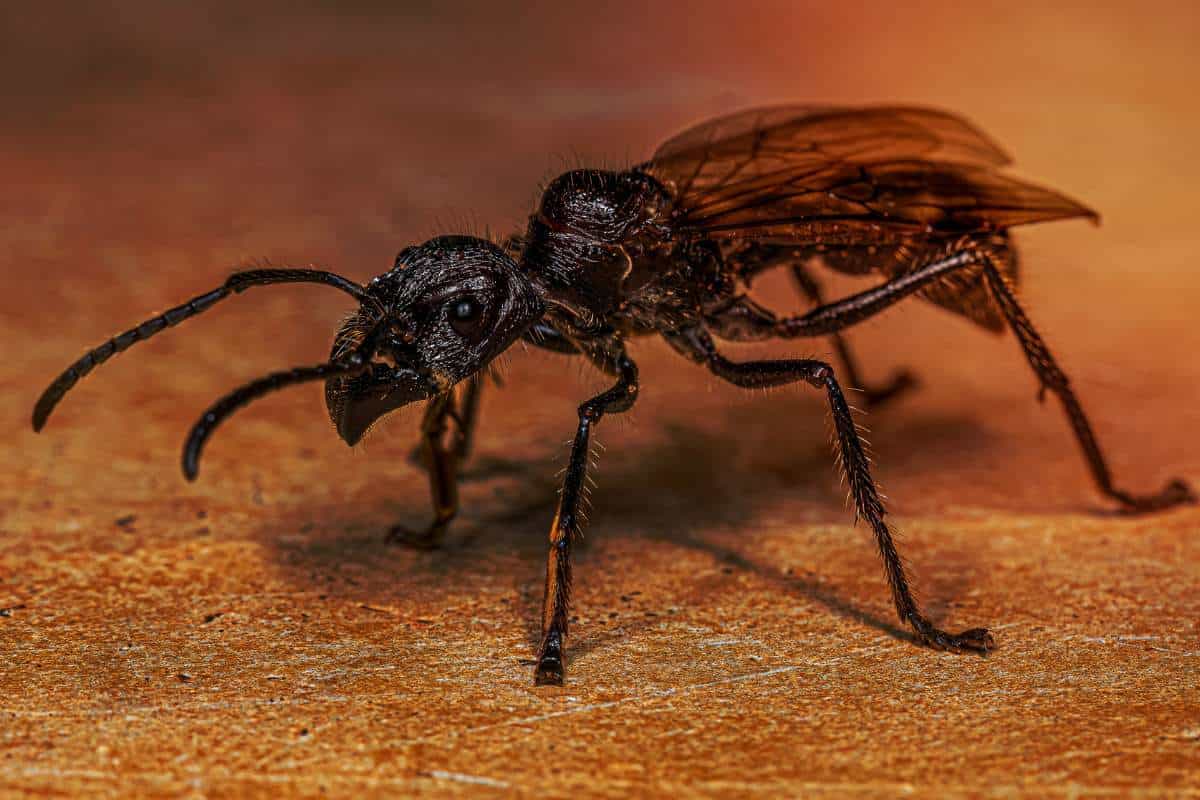 Bullet ants (Paraponera clavata) are known by several names, including conga ants and giant hunting ants. These ants are full of mystery and wonder, but few know how amazing these creatures really are. Keeping reading to learn 12 facts about bullet ants that make these insects so fascinating compared to other ants.

Ants may be small, but they are mighty and impressive creatures that have the ability to pull and lift 10 to 50 times their body weight. There are more than 10,000 different species of ants, and each one has its own interesting aspects packed in a tiny body.

The bullet ant is named after its powerful and downright painful sting. Info about bullet ants is not as commonly known as other ant species, mainly because they aren’t widespread and live in rainforests of South America. Keep reading to learn some more interesting facts about bullet ants.

Despite their small size, the bullet ant’s sting packs a major punch. It is arguably the most painful sting of all the stinging insects. Those unlikely enough to be on the wrong end of the stinger have compared it to being shot.

Not only is the sting excruciating, but it can last for up to 24 hours. The good news is that their stings are typically not fatal and cause no lasting effects.

Unlike other ant species that have specific items they eat, bullet ants can consume a wide array of foods. Plant sap, frogs and other smaller vertebrates, and even other insects can all land on the bullet ants’ dinner plate.

The actual size of the ant can vary from one species to the next, but most ants measure 0.08 inch to less than 1 inch long. The bullet ant, however, has an average length of 1 ½ inches. They are not the largest ant, however, as that title goes to the Giant Amazonian ant, which can grow up to 6 inches long!

4. Bullet ants are found in South America and Central America

These aggressive ants are found in South and Central America, and have yet to be found in other parts of the world. That doesn’t mean they cannot make their way to other areas. Bullet ants inhabit the humid rainforests in the lowlands of South America and Central America.

5. The queen of this species is usually not much bigger than the workers

6. Their nests are typically found at the base of trees

Bullet ants make their nests at the base of trees, and these nests contain hundreds of ants. They spend their day finding food for the colony. These ants are found all over the forest floor and up and down the trees.

You may also like:  25 Cool Facts About Pacman Frogs

7. The average lifespan of a worker is only 3 months

The bullet ant work typically lives up to 90 days, but the queen can live for many years. On average, queen ants live between 2 to 6 years, and can lay up to 800 eggs every day.

8. Bullet ants can be aggressive if they feel threatened

Even though bullet ants look ferocious, they are typically not aggressive unless they feel threatened. Unfortunately, you can appear as a threat to these insects even when you mean them no harm.

9. These ants are used in initiation rites

In Brazil, the Sateré-Mawé tribe will use bullet ants as part of the initiation rites of young men when they want to become a warrior. These young men are required to wear gloves that are lined with bullet ants, whose stingers are facing inward, for several minutes.

10. Glasswing butterflies have evolved thanks to the bullet ant

11. Bullet ant colonies will fight one another

It is not uncommon for one bullet ant colony to fight another bullet ant colony. In fact, research has shown that ant colony battles resemble human warfare. They use similar strategies to humans in times of battle, and these strategies can vary depending on what it is they are trying to gain or defend.

Because bullet ants fight so much with other colonies, it is not uncommon for injuries to occur. Injured workers give off a scent that lures phorid flies (Apocephalus paraponerae) to the hurt ant, and these parasitic creatures will lay their eggs in the ant’s wounds while also feeding on it.