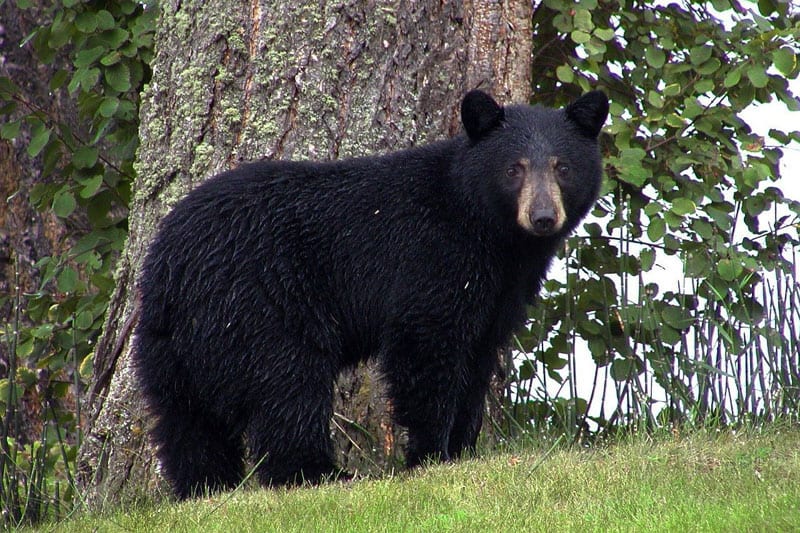 I realize asking “do bears lay eggs” seems like a silly question to many, but some may genuinely not know the answer. I’m here to clear the air once and for all!

Bears do not lay eggs, they give birth to live young like all other mammals do.

A female black bear will have a litter of 2-4 cubs about every 2 years. The soon-to-be mother bear has a gestation period of just over 7 months. The gestation period for grizzly bears is very similar.

She usually gives birth in mid-winter and the cubs will follow her around and learn the ropes of beardom for about 2 years. After this they will be on their own and have to fend for themselves.

Like humans, bears take care of their young after giving birth, albeit not nearly as long. A mother bear will protect her cubs with her life and even become highly aggressive with anyone she thinks means them harm. That includes other bears and even humans.

If a bear did lay eggs, how big would the eggs be?

This obviously just for fun, indulge me for a minute though.

By determining how big a newborn baby bear actually is, we can better guess how big the bear egg would need to be.

An average black bear cub weighs only 10.5 ounces and is only 9 inches long. Considering ostrich chicks can be as big as chickens when they are born and the eggs weigh up to 3 pounds, a bear egg could be significantly smaller than an ostrich egg.

You may also like:  How Strong Are Elephants? (Examples)