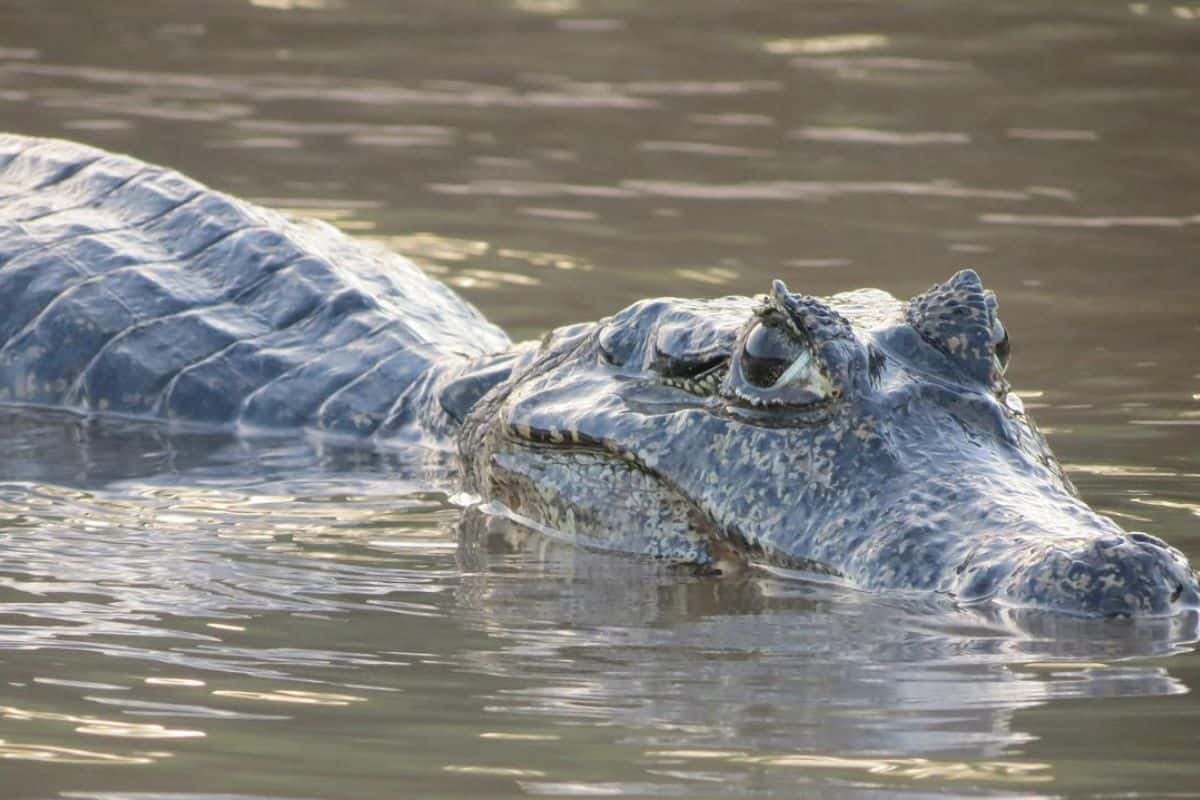 Alligators tend to have a bad reputation. We often fear them more than we do most wild animals. Our minds automatically go to people and pets being snatched and gobbled up by these monster reptiles. Some people have even asked: do alligators eat humans?

The stories of alligators appearing out of nowhere, grabbing folks with their huge mouths, and dragging them into the water are terrifying! But are alligators really doing this, or is the hysteria surrounding these scaly creatures a bit overblown? You’ll find it’s more the latter than the former.

Alligators can eat humans, it’s true. These massive reptiles are more than capable of doing so and there are some recorded cases. However, it’s important to keep in mind that humans are not a part of an alligator’s natural diet, alligators will not purposely hunt humans, and instances where an alligator has actually devoured a human are very rare.

In fact, alligators are fairly lazy when it comes to their prey. Frankly, humans are too much work. Alligators prefer smaller, easy to catch prey that can easily fit in their mouths. Such as:

More over, alligators are actually quite afraid of humans. Not only will they not hunt us down, but they will usually avoid us unless they are protecting a nest, feel threatened, or are provoked.

So, we are not first choice on their menu. However, if they are given the opportunity, they may eat at least part of a human. It’s more likely that they will eat a corpse that they come across than a live human.

This is not to say you should be careless in areas where alligators may be. Especially rivers, lakes, swamps, and creeks in the Southern United States and Asia, where most attacks occur.

Cases Where Alligators Have Eaten Humans (or parts of them)

In the United States, Florida currently has the most recorded number of alligator attacks. Between 1948 and 2021 there were 442 attacks by alligators on humans. Of these, 26 were fatal and only a handful of the people (or parts of them), were consumed.

Other states where alligator attacks have occurred and humans have been eaten include Louisiana, Texas, and South Carolina. Some of these cases include:

Keep in mind, these are extreme cases

These are extreme cases where people were killed and eaten by alligators. The vast majority of fatal attacks end with the body being left in tact.

Such as the very sad case of the 2 year old child walking near a lake at Disney World. The toddler, walking with his parents, got too close to the lake. An alligator emerged from the water and grabbed the child.

His father jumped in to save him, but was also attacked by another alligator (he survived). The toddler was later found deceased, his body fully intact.

How To Avoid/Survive An Alligator Attack

The best ways to avoid an alligator attack include: