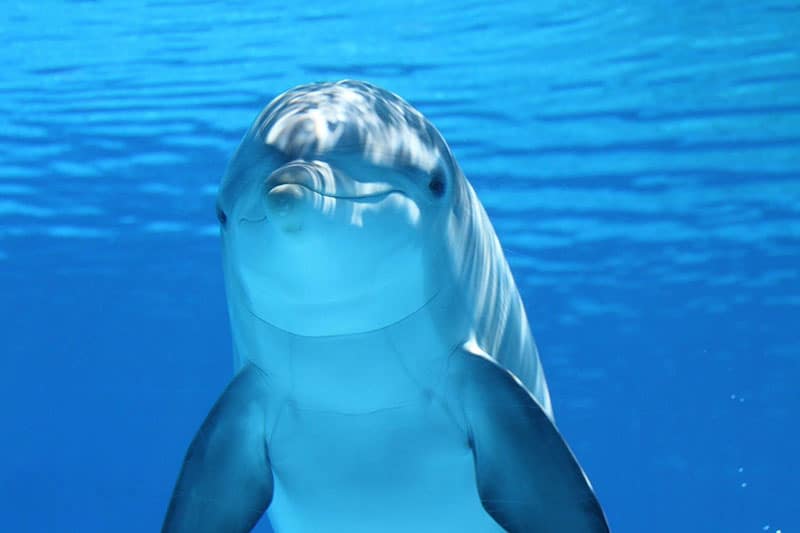 Dolphins are one of the most intelligent animals on the planet, but many people believe they are actually smarter than humans. While it is hard to compare dolphins to people, there are plenty of ways their intelligence can match.

Are dolphins smarter than humans?

Dolphins are not smarter than humans, but they’re still one of the smartest animals on the planet. Dolphins are extremely intelligent animals, and this intelligence is displayed in the way these creatures behave both on their own, and in groups.

What Makes Them Intelligent

Not only do dolphins have big and complex brains, but they also have complex communication skills, the ability to play with and work with each other, and the ability to recognize themselves.

Dolphins have advanced communication skills that are not seen in many other animals. These sea creatures have been found to communicate with each other for a number of reasons, and many types of dolphins can be quite vocal. 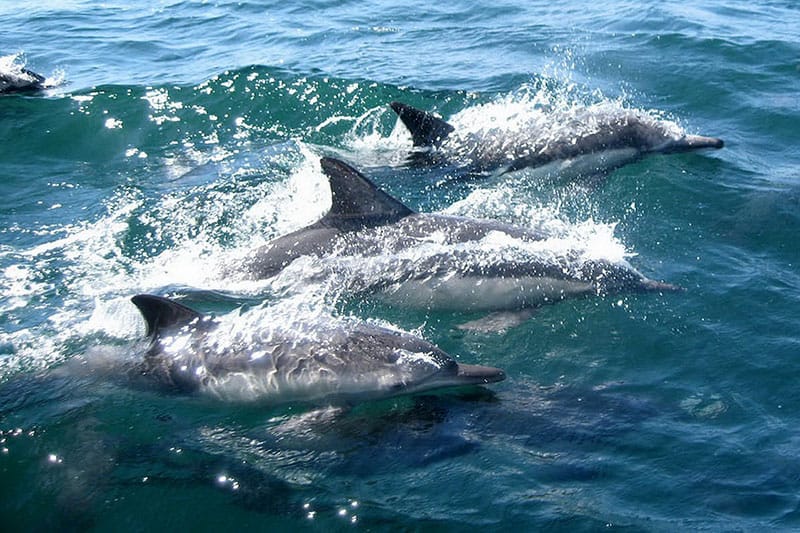 Scientists have observed complexities in the way these ocean animals talk to each other, and they are known to communicate with each other just to be social. These creatures have even been known to name each other, and have the ability to remember other dolphins they meet.

When it comes to the dolphin brain, it is considered to be second only to humans when looking at the body and brain ratio. Animals with brains similar to dolphins and humans have a few similar traits that they share.

Big brain creatures will live long lives, exhibit social behaviors, and females take extreme care of their young. Young big brain animals are dependent on their mothers for longer, as they take time to grow into adulthood.

Animals who exhibit playful behaviors are said to be quite intelligent, and dolphins are one of the most playful animals around. This makes these sea animals fun to watch, but scientists can also observe this kind of activity to find out how smart dolphins can be.

Dolphins have been seen sending out waves to swim through, and some will even find shells and plants to play with. These creatures have even been seen using fish and turtles to play games with each other.

They will toss the small animal back and forth, almost like they are playing with a ball. Dolphins will play with each other, but they’ve also been seen playing with animals of similar intelligence, such as humpback whales.

If a mirror is put in front of a dolphin they will recognize it as their reflection. This is considered an amazing display of intelligence from animals, and many with small brains don’t have the sense of self that dolphins do.

These animals can recognize their reflection at only seven months old, compared to the 12 months that it takes for human babies to recognize themselves.

Chimpanzees have a similar sense of self, but it takes until they are around two for them to recognize their reflection. When a mirror is put in front of a dolphin, many have been found to use it as a way to look at their own bodies. They will look in their mouth and examine other places they can’t typically see.

Dolphins communicate in many ways, and one of these ways is through whistling. It’s been found that dolphins will actually give each other “names,” which are actually whistles.

Dolphins will give each other a distinct whistle, and will use it when calling for them. These animals learn to recognize the whistle they are given, and will start to respond to other dolphins that use it.

Dolphins will remember these names for years to come. Not including humans, dolphins are the only animals that have been seen using names for each other.

Dolphins have been observed working together for various reasons, from playing to hunting. One useful way they work together is by swimming in quick circles around mullet fish.

They do this in shallow water where mud is disturbed, and it causes the fish to jump out of the water. The dolphins will then catch and eat the fish. In some areas of the world these animals can even be seen working alongside fishermen.

There are other ocean animals that have a similar intelligence to dolphins. Both orcas and humpback whales can be just as smart in certain aspects.

Orcas are ocean mammals, just like dolphins, and have brains that are similar in size. These animals also exhibit complex ways of communicating with each other, and social behaviors. Often young orcas will even spend their whole lives with their mothers.

Humpback whales might not be one of the first animals people picture when thinking about intelligent animals, but these massive creatures are incredibly smart.

They have been observed playing with dolphins, and working with other humpback whales to trap schools of fish. They use bubble nets to do this, and catch the fish slowly, instead of swimming straight at them.

It can be argued if dolphins actually are smarter than humans or not, but it is safe to say their intelligence is incredibly close to human intelligence. These sea creatures are complex, social, and playful beings, and just how smart they are is still not completely known.