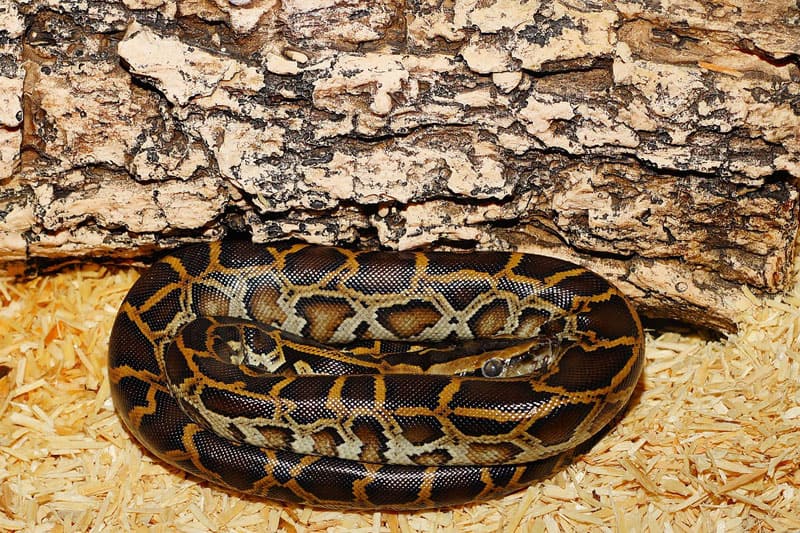 With so many amazing choices to choose from, figuring out which pet is right for you can be overwhelming. If you’re interested in owning a snake as a pet, you may have considered a pet python. One of the most impressive snakes for its size and beauty are Burmese Pythons, but do Burmese Pythons make good pets?

Burmese Pythons are absolutely beautiful snakes, and it is no wonder why so many people have decided to get one for themselves. But like with any animal, Burmese Pythons have a specific set of needs and requirements, and caring for one is more than just dropping some food in a cage and calling it a day.

With that brief disclaimer in mind let’s learn a little bit more about the pros and cons of owning a Burmese Python, as well as learn about the snake itself. 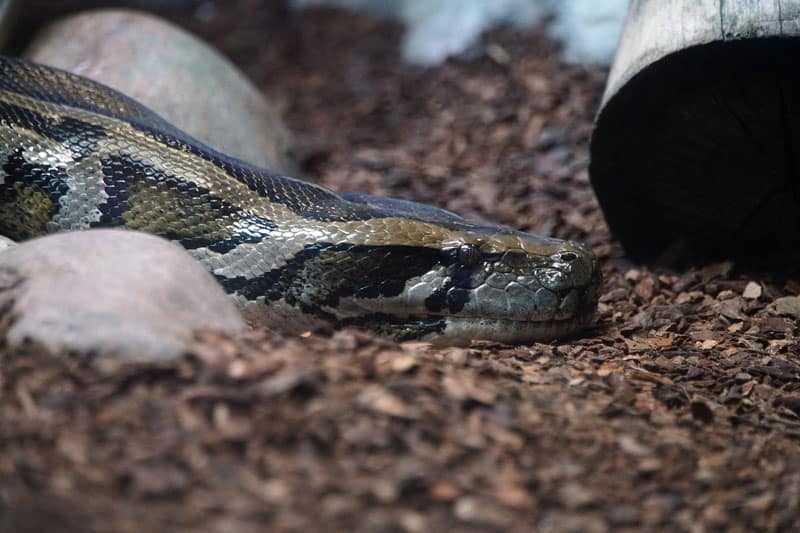 Burmese Pythons are widely loved throughout the exotic pet trade, and there are several reasons why they make such good pets. If you are looking for a scaly companion and are committed to caring for them, you can surely expect to love having a pet Burmese Python.

1. They are quite beautiful to look at

Burmese Pythons are truly gorgeous snakes with their patterns and colors. And they even come in more colors and patterns than just their natural look. There are several different morphs of Burmese Pythons including albino, caramel, granite, pied, etc.

2. They have a good temperament

Now there is an exception to every rule, but in general, captive Burmese Pythons are known to be very docile and are quite happy to be handled. If being able to handle and pick up your pet snake is important to you, Burmese Pythons are a great choice.

3. They are low maintenance

As far as snakes go, Burmese Pythons are fairly low maintenance. They are very hardy animals and not as particular as other types of snakes. This makes them a good choice for someone who is just getting into keeping snakes.

4. They can live a long time

Losing a pet is not easy, and the thought of losing a pet can put people off of getting one. But Burmese Pythons can live a long time in captivity as long as you care for them properly, meaning you can find yourself a long-time friend. However as you’ll see below, this can also be a con.

If you find yourself on the fence about whether or not a Burmese Python would make a good pet for you, there are certainly some drawbacks to owning one that you should greatly consider before committing to one. If any of the following reasons will be a problem for you, then I would suggest not getting a pet Burmese Python.

1. They need a lot of space

2. When they grow, the size of the food they eat grows too

One thing that puts many people off of owning snakes is the food they eat. The thought of feeding a frozen rodent to a snake makes some people queasy. Rats and mice are great for Burmese Pythons when they are young and small, but the larger they grow, they will start to need larger food items like rabbits, chickens, ducks, etc. You can also expect the price tag to go up with these larger food items.

3. On a bad day, Burmese Pythons can be dangerous pets

When they are smaller, there isn’t much to worry about with Burmese Pythons. But when they grow up to be 5+ feet, there is a factor of risk with owning Burmese Pythons if you catch them on a bad day. Burmese Pythons are constrictors and can apply immense amounts of force and have been known to strangle their owners. Not only that, but Burmese Pythons have a jaw full of 70+ very sharp teeth that can leave you with a nasty bite. But, these are rare occurrences and there are precautions you can take to limit the risk of this, such as moving your snake from their cage when you feed them.

4. They can live a long time

Now for some people, this is certainly a pro. But 15-30 years is a long time, and many people don’t know what’s in store for them for the next 15-30 years and how or if a giant pet snake fits into that picture. Their longevity coupled with their massive size has led to the Burmese Python problem in South Florida, particularly in the Everglades.

About the Burmese Python

In the wild, Burmese Pythons live in many different habitat types. They live in forests, wetlands, along coastal plains, agricultural land, and even in villages amongst people’s homes. They eat a wide array of different prey animals such as birds, rodents, other small to mid-sized mammals and sometimes even other reptiles.

Burmese Pythons are known to have large clutches of eggs and can have up to 100 eggs! This is likely one reason why they are so popular in the pet trade as they are easy to breed. In captivity, Burmese Pythons are often described as very docile and calm snakes, but in the wild Burmese Pythons have quite the reputation of being incredibly feisty.

While they are native to Asia, Burmese Pythons are also abundant in the Florida Everglades as invasive species. They pose a huge threat to the native wildlife of Florida and have contributed to the population declines of several species found in the Everglades. Burmese Pythons became such a large problem in the Everglades partly because of irresponsible pet owners that released their pet Burmese Pythons when they grew too big to take care of. It should be obvious, but if you are considering buying any pet, releasing them into the “wild” can have major consequences and should absolutely never happen.

How much does a Burmese Python cost?

It is difficult to say exactly how much a pet Burmese Python costs, as there are many costs to consider (the snake itself, tank set up, food, potential veterinary bills, etc.). So, in this case, we will break it down into different sections:

(All prices are estimates)

Food: The price to feed your Burmese Python may vary greatly depending on the size and where you buy your food from. Keep in mind, Burmese Pythons should be fed no more than 1 time per week and their size should influence the size of their meal. For example, you wouldn’t feed a 15ft+ Python 1 rat per week.

Here are some ball-park estimates of feeding costs:

Total cost to buy a Burmese Python: You can estimate around $500 for the snake and tank/setup, plus the ongoing care and maintenance costs. Though it can easily cost well over $1k depending on the type of snake, cage, and accessories that you buy.

All in all, Burmese Pythons can make great pets. That’s not to say that everybody should get a Burmese Python as a pet, because owning a large snake has its drawbacks. But, as long as you are fully aware of both the benefits and potential obstacles of owning a Burmese Python, then there should be no surprises.

If you jump into buying a Burmese Python as a pet without fully considering the pros and cons, then you may soon find yourself living with a giant snake that you are not fully able to care for, which is really not fair for the animal and can certainly create stress for you. A pet is a long time commitment, so treat it as such.

Luckily, Burmese Pythons are very popular in the pet trade and there are countless resources online, like this one, where you can read up on the ins and outs of owning a Burmese Python. As long as you have the means to care for one and are armed with the correct information, a Burmese Python is bound to make an excellent pet for you.