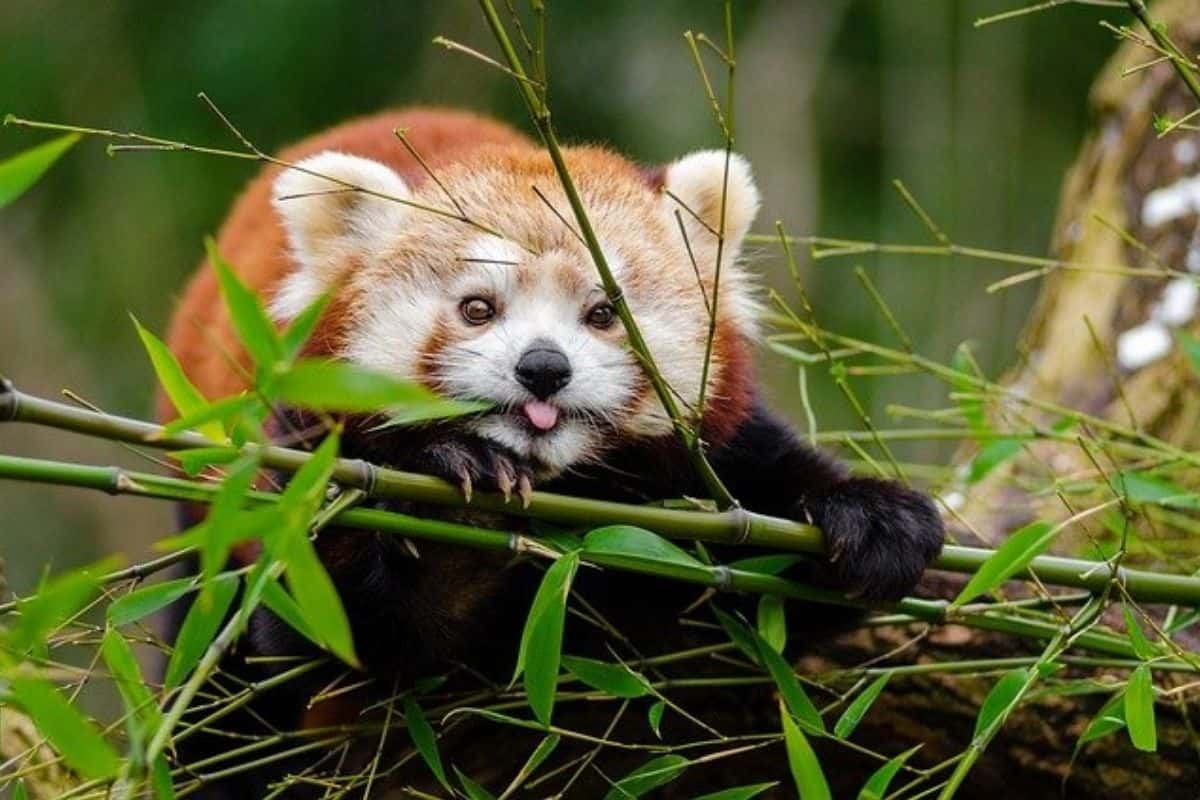 From fluffy red pandas to bouncy lambs, there’s no doubt that animals can be incredibly cute. But which creatures are the cutest of them all? In this article, we’ll look at some of the most adorable animals in the world.

Whether it’s their cute little faces, fluffy fur, or adorable antics, these creatures just have a way of melting our hearts.  So sit back, relax, and prepare to learn about some of the cutest animals on the planet.

13 of the Cutest Animals in the World

Here is a list of 13 of the cutest animals in the world and the reasons why they are so adorable.

With their big, fluffy tails and cute little faces, it’s no wonder that red pandas are often considered to be one of the cutest animals in the world. These creatures are native to the mountainous regions of Asia and can be found in countries such as China, Nepal, and India.

Red pandas are relatively small animals, with an average body length of around 25 inches. They have reddish-brown fur and are shy and solitary animals that spend most of their time in trees. They are expert climbers, and their diet consists mainly of leaves and bamboo shoots.

Panda bears are perhaps the most iconic of all the cute animals on this list. These bears are native to China and are easily recognizable by their black and white fur.

Panda bears are one of the largest species of bear, with an average weight of between 220 and 250 pounds. They are a conservation-dependent species, which means that they are at risk of becoming extinct in the wild. Panda bears spend most of their time eating bamboo and can consume up to 84 pounds of this plant daily.

Koalas are another animal that is native to Australia. These creatures are often referred to as ‘koala bears.’ However, they are not actually related to bears at all. Koalas are small marsupials and have grey fur with white patches on their chests.

They are proficient climbers with two thumbs on each hand, which helps them to grasp branches tightly. Koalas sleep an average of 20 hours per day, and their diet consists mostly of eucalyptus leaves.

The arctic fox is a small species of fox that is native to the Arctic regions of the world. These foxes have thick, white fur, which helps to keep them warm in cold temperatures.

They are also proficient hunters and have sharp teeth and claws, which help them to kill their prey. Arctic foxes live in burrows, and their diet consists of small mammals, birds, and insects.

Meerkats are small, social animals that live in the deserts of Africa. These creatures have long bodies and short legs and are covered in grey or brown fur. Meerkats live in groups of up to 30 individuals, and they use their strong claws to dig burrows.

You may also like:  11 Hybrid Animals That Are Real (Pictures)

They are known for their habit of standing on their hind legs and using their tails to balance. Meerkats are omnivorous animals, and their diet consists of insects, small mammals, reptiles, and plants.

Elephant shrews are small, insectivorous mammals that are native to Africa. These creatures get their name from their long noses, which resemble the trunk of an elephant.

Elephant shrews have reddish-brown fur and are proficient jumpers, often leaping up to three feet in the air. These cute animals are mostly solitary but come together to mate. Elephant shrews typically eat insects, but some species are known to eat plants.

This tiny fox is native to the Sahara Desert in Africa. These foxes have large ears, which serve two purposes: to help them regulate their body temperature and to help them hear prey. Fennec foxes are nocturnal animals, and their diet consists of locusts, rodents, and other small animals.  These cute animals live in family units and have a lifespan of up to 14 years.

The pika is a small, rabbit-like creature native to Asia and North American mountains. Although they are often mistaken for rodents, pikas are actually members of the lagomorph family, which includes rabbits and hares.

Pikas are well-adapted to life in high altitudes and can be found at elevations of up to 13,000 feet. Their distinctive features include their round bodies and short ears. Pikas are herbivorous animals, and their diet consists mostly of plants and flowers.

It is an insectivore and feeds on spiders, beetles, moths, and other small invertebrates. As cooperative breeders, long-tailed tits often rear their young with the help of other members of their flock.

These miniature goats are known for their small stature and big personalities. Pygmy goats are social creatures that enjoy spending time with their herd mates. They are also very curious and playful and will often approach humans in hopes of getting some attention.

In terms of appearance, pygmy goats are covered in short, coarse fur, which can be brown, black, or white in color. They have small horns, and their diet consists of grass, hay, and other vegetation. Pygmy goats typically weigh between 30 and 50 pounds, making them one of the smallest domesticated goat breeds.

The quokka is a small marsupial that is native to Australia. These cute animals have round bodies and short tails, and they are covered in brown or grey fur.

Quokkas are mostly nocturnal animals, but they can sometimes be seen during the day. They are herbivores, and their diet consists of grass, leaves, and other vegetation. Quokkas are known for being one of the happiest animals in the world.

You may also like:  7 Different Fish That Walk On Land (With Pictures)

Sea otters are marine mammals that are native to the coasts of North America and Asia. These creatures are proficient swimmers and spend most of their time in the water. Sea otters have thick fur coats, which keep them warm in icy waters. Their diet consists mostly of crabs,  urchins, and other shellfish. Sea otters are known for being very playful and curious animals.

The capybara is a large rodent that is native to South America. Capybaras are semi-aquatic animals and can often be found near rivers and lakes. They have heavy, barrel-shaped bodies and short legs and are covered in coarse brown fur.

One of the most distinctive features of the Capybara is its large head, which is topped with round ears and has long whiskers around the snout. Capybaras are herbivores, and their diet consists mainly of grasses and aquatic plants. They are social animals and live in groups of up to 40 individuals.